How Do Electric Cars Work?

Our Guide To Electric Cars 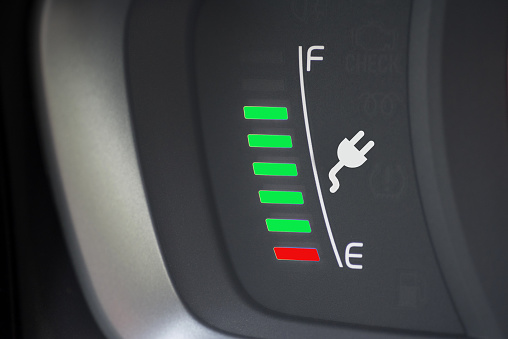 With global environmental concerns growing all the time, changing motoring trends in Ireland and the government looking at plans place to ban the sale of new fossil fuel-powered cars beyond 2030, it is perhaps not surprising that sales of electric-powered vehicles have seen a significant surge in recent years. Indeed, in 2019 the sales of electric cars increased by 179% when compared with the year before - a trend that looks set to continue.

However, if you are seriously considering making the switch and buying an electric car, there are many questions you might be asking. What actually is an electric vehicle? How do they work? Is electric car insurance different to regular insurance? When were they first developed and how do they differ from classic fossil fuel burning vehicles? In this post, we look to satisfy your curiosity by taking a deep dive into the world of electric cars.

What is an electric car?

As the name suggests, an electric car is a roadworthy vehicle that runs fully on electricity. Unlike conventional vehicles that are powered solely by a petrol or diesel engine, electric cars make use of an electric motor that is powered by a battery or fuel cell.

While some definitions of electric vehicles include plug-in hybrids - vehicles that use both traditional fuel powered engines as well as an electric motor - it is generally accepted that a true electric car is one that operates exclusively on electricity.

Unlike conventional road vehicles that operate using petrol or diesel-powered internal combustion engines, electric cars are equipped with a battery pack which is electrically charged. When switched on, these batteries work to power the vehicle’s motor and turn the car’s wheels, driving it forward.

Instead of refueling at a petrol station, an electric car simply needs recharging when its batteries are running low, similar to a mobile phone or portable tablet. This can be done on the go at a dedicated charge point or at home by plugging in and connecting your car’s batteries to the mains via a standard wall-mounted socket typically used for electric household appliances. Once the charge port is connected to the source of electricity, power will be received and stored by the electric car’s battery pack, replenishing its power supplies and readying it for use. However, unlike simply topping a conventional car up with fossil fuels which takes only a matter of minutes, fully charging an electric vehicle may take anywhere from 30 minutes to more than 12 hours, depending on make and model, size of battery and speed of charging point.

While there are many similarities between conventional cars and electric vehicles, such as the fact that both require cooling systems to prevent their engines or lithium ion batteries from overheating, there are also key differences. Perhaps the most significant difference is that electric vehicles are not fitted with exhausts. This is because they do not produce any exhaust emissions, making them ‘greener’ and giving them their eco-friendly image.

Does an electric car have gears?

As a rule, electric cars do not have gears. Entirely electric vehicles use electric motors and therefore do not need a clutch or gearbox in order to control the speed of the engine revs. In this respect, switching from a conventional fossil fuel-powered car with a manual gearbox to a modern electric vehicle does require a certain degree of adjustment.

Instead of a clutch and gear stick or gear-changing paddles, electric cars tend to simply have an easy-to-use switch or button which allows you to put the car in drive, reverse, neutral or parked. This aspect of an electric car works in the same way as many modern day automatics.

When were electric cars made?

Although often considered a modern and almost futuristic development to the traditional automobile, the concept of the electric-powered car was first worked on as early as the 1800s as the usefulness and applications of electricity were still being discovered. Interestingly, the concept of electric cars organically developed independently in three main locations during this time - the USA, the Netherlands and Hungary - where experiments with crude electric motors that were designed to replace the horses that pulled traditional carts and carriages were carried out. However, although these experiments were continued and the concept of electric-powered transport developed, the invention and acceptance of the fossil-fuel powered automobile at the end of the 19th century saw the serious development of electric motors take a back seat.

Although electric cars were designed, developed and tested throughout the 20th century as an alternative to petrol and diesel-engined cars, it wasn’t until the late 1980s and early 90s that they were considered reliable and practical enough for the mass market. However, since the launch of the General Motors EV1 in 1996, followed by the Toyota Prius in 1997, electric cars have gone from strength to strength.

Can an electric car be charged at home?

As touched on above, it is entirely possible to charge an electric car at your home. As long as your house has access to mains electricity, you should have no issue keeping your electric vehicle topped up.

In many ways, charging an electric car at home is no different than charging a mobile phone, and it can be done either in a garage or on the driveway if there is a plug socket nearby. However, it’s worth noting that connecting your car to a specialist wall-mounted home charging point - which are supplied with most purchases of new electric cars - will allow you to charge your car’s batteries much faster and more efficiently than a standard three-pin plug.

It takes the typical electric car eight hours to fully charge from a flat battery. However, this can vary based on battery size, type of connector and make and model of car. For this reason, many owners will leave their car on charge overnight when the battery is starting to run low. While it may not be necessary to plug your car in after every use, it’s a good idea to fully charge your battery before any long journeys.

We hope you found this blog interesting. You might be interested in reading other EV related posts: