Are Electric Cars Good For The Environment?

Exploring The Benefits Of Electric 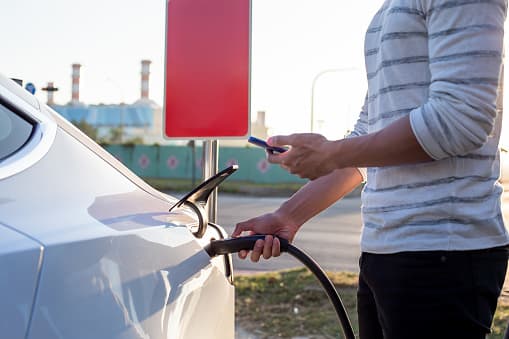 Electric vehicles (EVs) have been around for many years but it seems that people have only recently genuinely considered buying one to replace their petrol or diesel vehicle. The improvement in battery life has meant that these vehicles can now almost match the performance of their fossil fuel counterparts. However, many people are asking themselves the question, ‘Are they actually better for the environment?’.

How do electric cars help the environment?

As has been reiterated to us all many times, burning fossil fuels, including natural gas in a combustion engine and coal in a power station, produces a lot of carbon dioxide. This greenhouse gas is thought to be the primary cause of climate change, which is increasing the temperature of our earth. Acidity of the sea is also increasing, which in turn has an effect on the creatures that live in it. Of the 30 billion tonnes of CO2 that are produced each year, most of this comes from burning fossil fuels to provide us with electricity. The majority of Ireland’s electricity is generated through burning fossil fuels and only around 20 per cent is created through renewable sources.

It’s worth clarifying that EVs aren’t ‘good’ for the environment - they cannot actively remove CO2 or clean up the environment. So with this in mind, how exactly are electric cars more environmentally friendly?

Well, EVs create almost no exhaust emissions and this could significantly reduce air pollution, particularly in major towns and cities where there are lots of vehicles. But this doesn’t mean that EVs are completely emission-free. The electricity that is used to charge the battery to power the vehicle is usually generated by burning fossil fuels. So although the car itself isn’t producing emissions, the electricity that powers it is. Clearly, this wouldn’t be a problem if the electricity that the car was using was generated via renewable energy sources, such as solar or wind power, but this is rarely the case.

Charging your EV at night, however, could be a way for it to use more renewable energy. Generally, energy consumption is lower at night but the electricity generated through wind power increases. This means that when you charge your electric car at night, you could be using more renewable energy than if you charged the car during the day, so this is something to keep in mind.

While Ireland is attempting to create electricity in a more eco-friendly way, by taking the decision to stop investing in fossil fuels, for example, we’re still a long way from powering a vehicle using only renewable energy. However, that being said, it is still worth remembering that the CO2 emissions from an electric car (including the emissions from electricity generation) are still significantly lower than those from a petrol vehicle.

A typical electric vehicle will produce around 60 grams of CO2 per kilometer (g/km) whereas a petrol engine will be over double this at around 130g/km. So if everyone in Ireland chose to drive an electric car rather than a conventional petrol or diesel vehicle, the production of CO2 from our vehicles could halve. Nitrogen oxides and sulphur oxides are the other greenhouse gases produced from combustion engines, but not by EVs, creating another reason to make the switch.

Is it worth buying an electric car?

With all this information in mind, is it really worth buying an electric car in order to be more environmentally friendly?

EVs are greener than petrol or diesel varieties, however, if one person makes the switch, it isn’t going to have a big impact on the planet. Realistically, we’d need everyone to switch to electric cars to see a reduction in CO2 levels and while this may be doable in the future, it’s unlikely to happen now. In Ireland, for those that do have an EV, there is a grant from the Sustainable Energy Authority of Ireland that could provide you with up to €5,000. This is valid for those that have either private or commercial EVs, though the maximum figure for commercial vehicles is €3,800.

When it comes to driving an electric car, many vehicle owners say they perform just as well as other vehicles, with good acceleration and excellent efficiency. EVs are much quieter than combustion engines too, which is just another bonus. But there remains to be some improvement to the distance an EV can travel on just one charge. A standard petrol vehicle can usually drive for around 400 miles before needing to refill. An electric car, on the other hand, could take you just over a quarter of that distance on one full charge at just 150 miles.

If you’re not yet ready to make the switch to an EV, you may prefer to reduce your carbon footprint by making other changes, too. You might want to make your home more efficient by installing solar panels, using a heat pump instead of a boiler or increasing the insulation.

Interested in getting electric car insurance? Call us on 014003400 to speak to our friendly team or get an online quote at the top of this blog page.