How Bad Is Damp For Your Health?

Protect Your Health And Property Damp in your home can cause all sorts of problems, from damaging paint, wallpaper and plastering to causing window frames to rot. However, did you know that damp found in residential and commercial buildings can also cause and aggravate a range of different health conditions? For this reason, searching for any signs of damp and mould when viewing a house, as well as knowing what to do if you notice it in your own home, is vitally important.

However, just how dangerous is damp in your home and what health issues can it cause? To find the answers to these questions and more, read on.

Is Damp In A House Dangerous?

The simple answer is yes - untreated damp, which can lead to mould, can be bad for your health and is therefore a potential hazard. The fact of the matter is, if you have damp and/or mould in your home, you're more likely to develop respiratory problems and infections. Similarly, regular allergies and asthma can be made worse by untreated damp in your home, while exposure to black mould can even directly impact the effectiveness of your immune system. However, while damp can cause a multitude of health issues, there are a number of conditions that are particularly common and connected with the presence of dampness and mould in the home.

Can Damp Cause Headaches?

While damp itself won’t cause headaches, if an area of dampness in your home starts to develop black mould - also known as stachybotrys chartarum - prolonged exposure to this toxic fungi can cause sinus-related headaches. Regular headaches, typically accompanied by other symptoms of an allergic reaction - such as a runny nose, itchy or streaming eyes, a scratchy throat, and coughing and sneezing - are common among those living in buildings invested with black mould.

It’s worth noting that the mould itself does not cause headaches directly. Instead, excess moisture levels caused by dampness combine with mould toxins in the air which create spores. When inhaled, these spores can cause respiratory issues. Respiratory health conditions will be discussed in more detail later, however, one major symptom connected with an array of these problems manifests itself as a headache. It is thought that this happens when mould toxins inside the body prohibit it from functioning as normal.

Aside from specific respiratory problems, which we are about to discuss, damp in your home, and specifically the presence of black mould, can also cause health problems such as sinus infections, lung infections, general nausea, chronic fatigue syndrome, lupus and even cancer, and all of these illnesses can present with headaches. For this reason, it is essential that you treat damp walls and properly remove all black mould as soon as it appears in your home. And remember - visit your GP or another healthcare professional if you believe you have become ill as a result of exposure to damp or mould.

Can Damp Cause Asthma?

If damp starts to appear in your home, it’s common for mould and fungi to grow on walls and around windows if the cause of this damp is not treated quickly. When this happens, exposure to toxic spores can trigger respiratory attacks in those who suffer with asthma. As the Asthma Society of Ireland point out, the average person spends up to 90% of their time indoors - this means if you live or work in a building where damp and/or mould is present, and you are already an asthma sufferer, you are far more likely to experience more frequent asthma attacks and more intense symptoms. 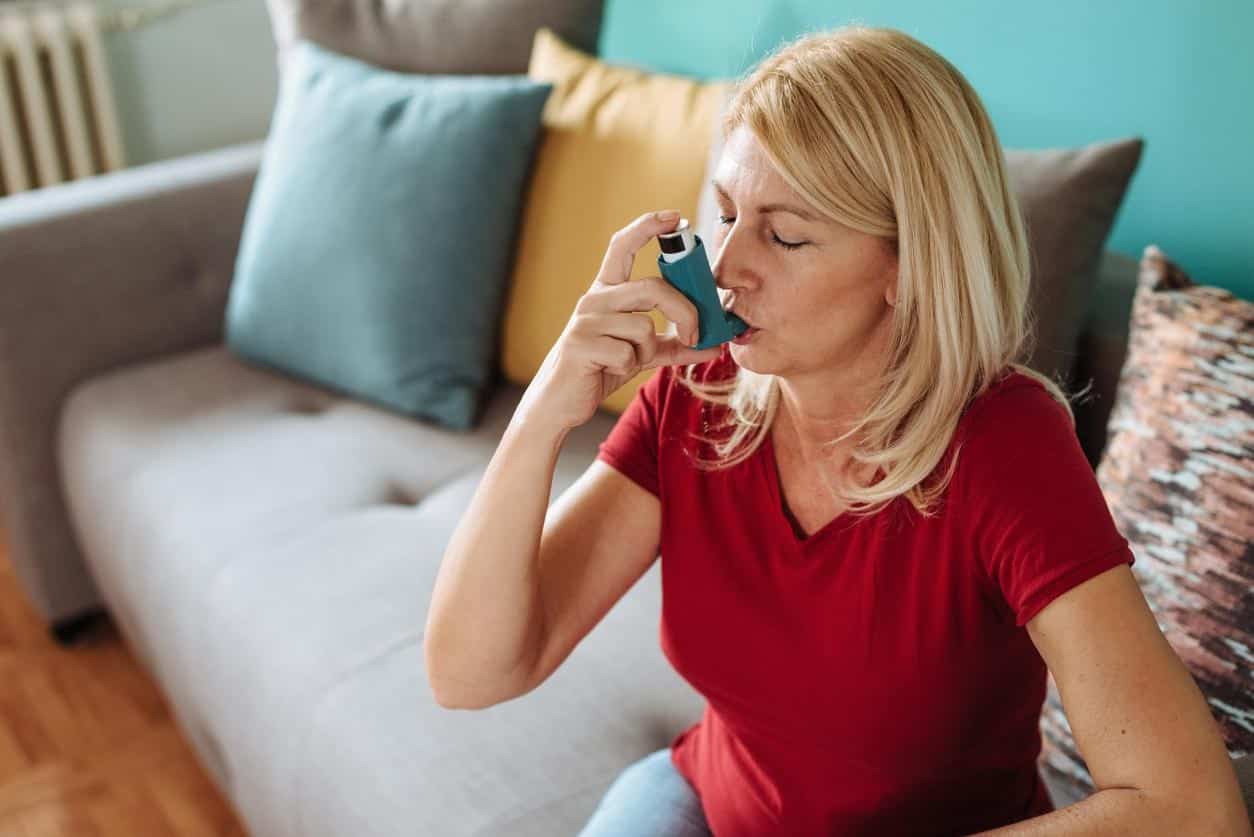 Although it is unusual for an individual who has never suffered with asthma to develop the condition during adulthood as a result of being exposed to damp and mould, it is true that black mould spores can cause asthma in people genetically predisposed to allergies, with children in particular at risk. According to a University of Western Sydney study, children who are more susceptible to respiratory allergies - because one or both parents also suffer from allergies - are at greater risk of developing asthma when certain types of mould, including black mould, are found in their home. With a wide range of people, including babies, infants and children, as well as elderly people and those with existing skin conditions such as eczema, thought to be more sensitive to the threat of asthma than others, treating damp and preventing mould in your home is absolutely essential, even if you and members of your family have never suffered with asthma in the past.

Can Damp Cause Pneumonia?

As previously discussed, one of the major threats to your health caused by damp and mould is an increased risk of respiratory and lung infection. Individuals who are susceptible to allergic reactions and suffer from traditional symptoms such as sinus congestion, watery eyes, a runny nose and dermatitis, are more likely to be impacted when mould spores are inhaled. Indeed, we already know that this can trigger asthma attacks, however, can it also cause pneumonia?

Well, the short answer is yes, but this is very uncommon. While damp homes which contain mould can lead to respiratory and lung infection that present with symptoms similar to those of pneumonia - wheezing, chest tightness and a shortness of breath - the actual onset of this illness is incredibly rare in connection with damp and mould . That being said, as recently as 2013, a women in Ireland did successfully claim €25,000 in compensation from Kerry County Council after it was found in court that mould in her council house could indeed have acted as a "significant contributor", when combined with smoking, to the development of pneumonia. This should serve as a reminder that, although unusual, dampness and mould in the home can lead to serious illness and therefore must be taken seriously, and dealt with accordingly, as soon as it’s detected.