A Guide To Rising Damp

What Is It And How To Treat It Any kind of damp in your home can cause problems, but rising damp can be particularly hard to diagnose and get rid of. Luckily, it’s a relatively rare form of damp as most houses are equipped with substantial layers of damp proofing that stop ground moisture from getting into your home. However, it still represents a threat that all homeowners should be aware of, particularly as it’s an issue that’s often not covered by home insurance. So without wasting any more time, let’s dig deeper into what rising damp is and how you can treat it.

What Is Rising Damp?

The name tells you almost everything you need to know - it’s a form of damp that rises up from the ground. The ground, particularly far under the surface, can be a very damp place, even when it hasn’t rained in a few days. One of the reasons why tree roots grow so far underneath us is so the plant can get the water it needs from deep down. When the ground is very damp, porous materials such as brick, mortar and cement (i.e. the materials many homes are made from) absorb moisture quite easily, much like a sponge soaking up water, and this can be a problem.

Most houses, in fact nearly all houses built after 1950, are equipped with a damp proof course . This is a membrane that prevents too much moisture from being absorbed by the porous materials your home is made from. Without damp proofing, the walls in your home are susceptible to rising damp as they can suck up a lot of water, which would eventually cause huge problems. The damp could be visible on your walls and might even cause paint or wallpaper to peel away or plastering to crumble. If it’s left for long enough, black mould may also eventually begin to grow, which can be bad for your health.

Luckily, this simple membrane is the reason why many modern homes won’t ever have this problem. However, while rising damp is a common issue in much older properties, this doesn’t mean a newer property won’t get it at all. If you alter the height of the land surrounding your home, for instance you install a new driveway that comes to above the damp proof, you may experience some moisture problems.

If you’re purchasing a new home, it’s important to have a survey done so that issues like these can be uncovered before you make any binding decisions.

Generally, rising damp will cause some of the following problems in your home:

Below, you can find three images that are all examples of rising damp. 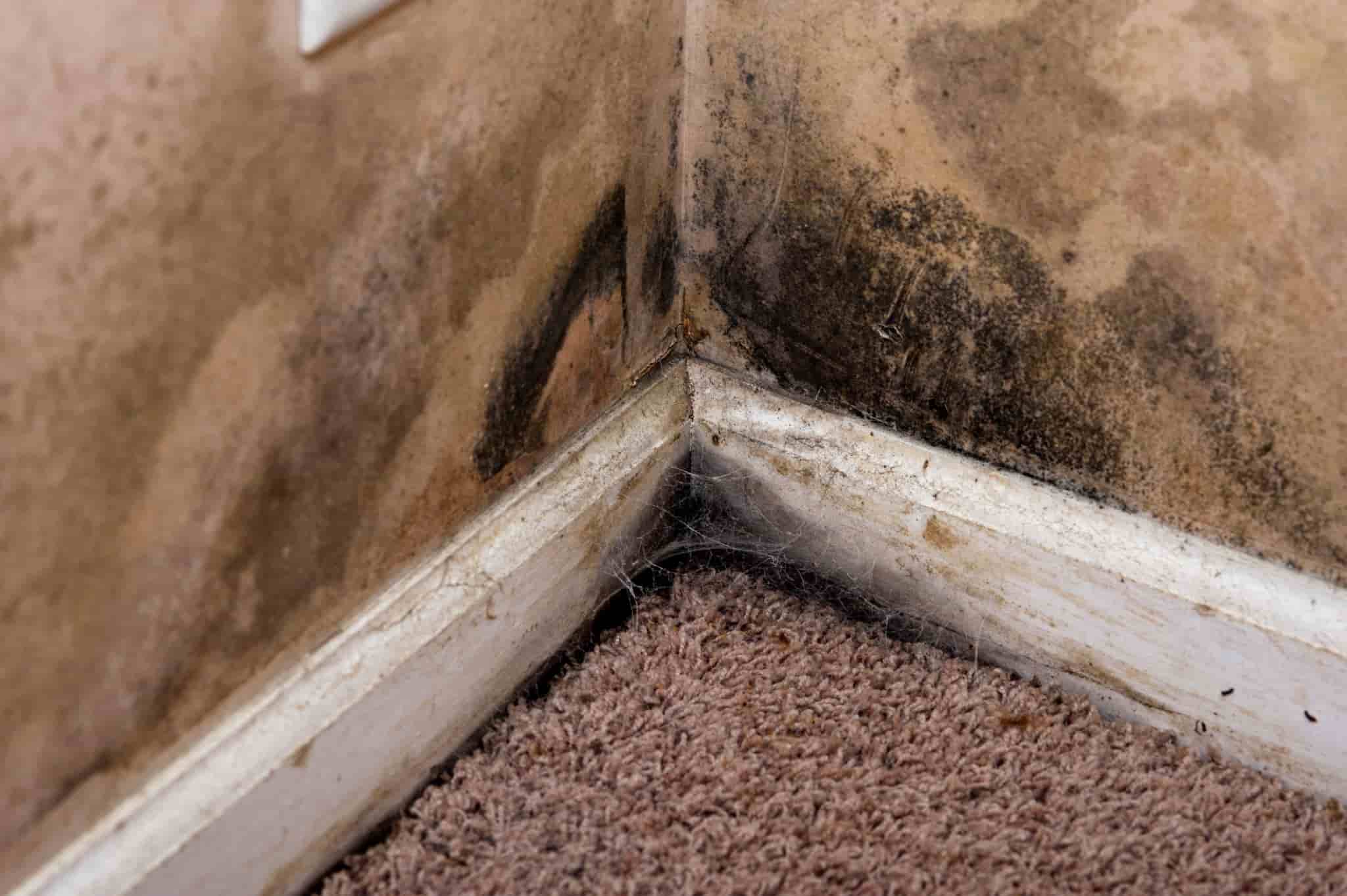 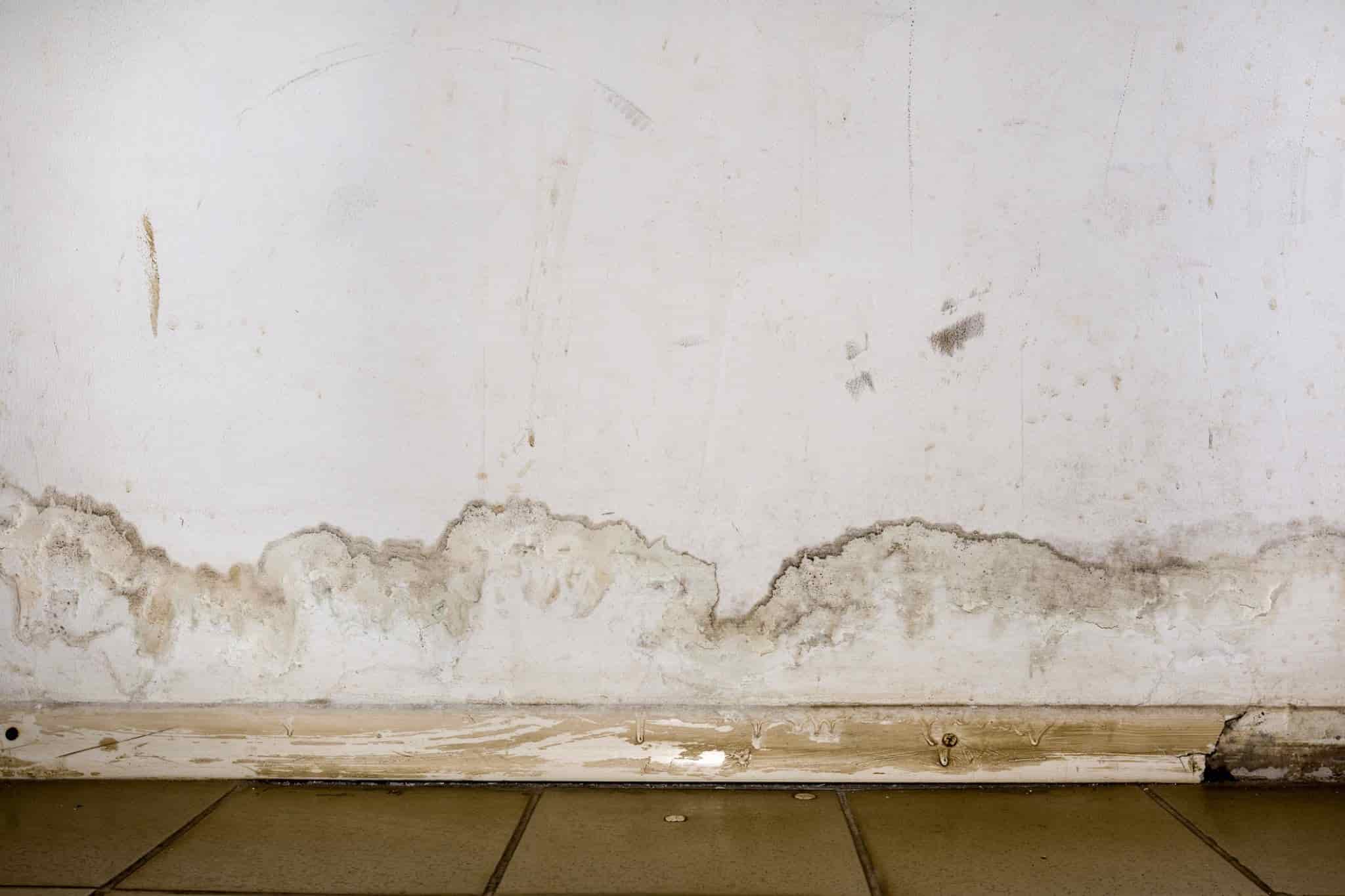 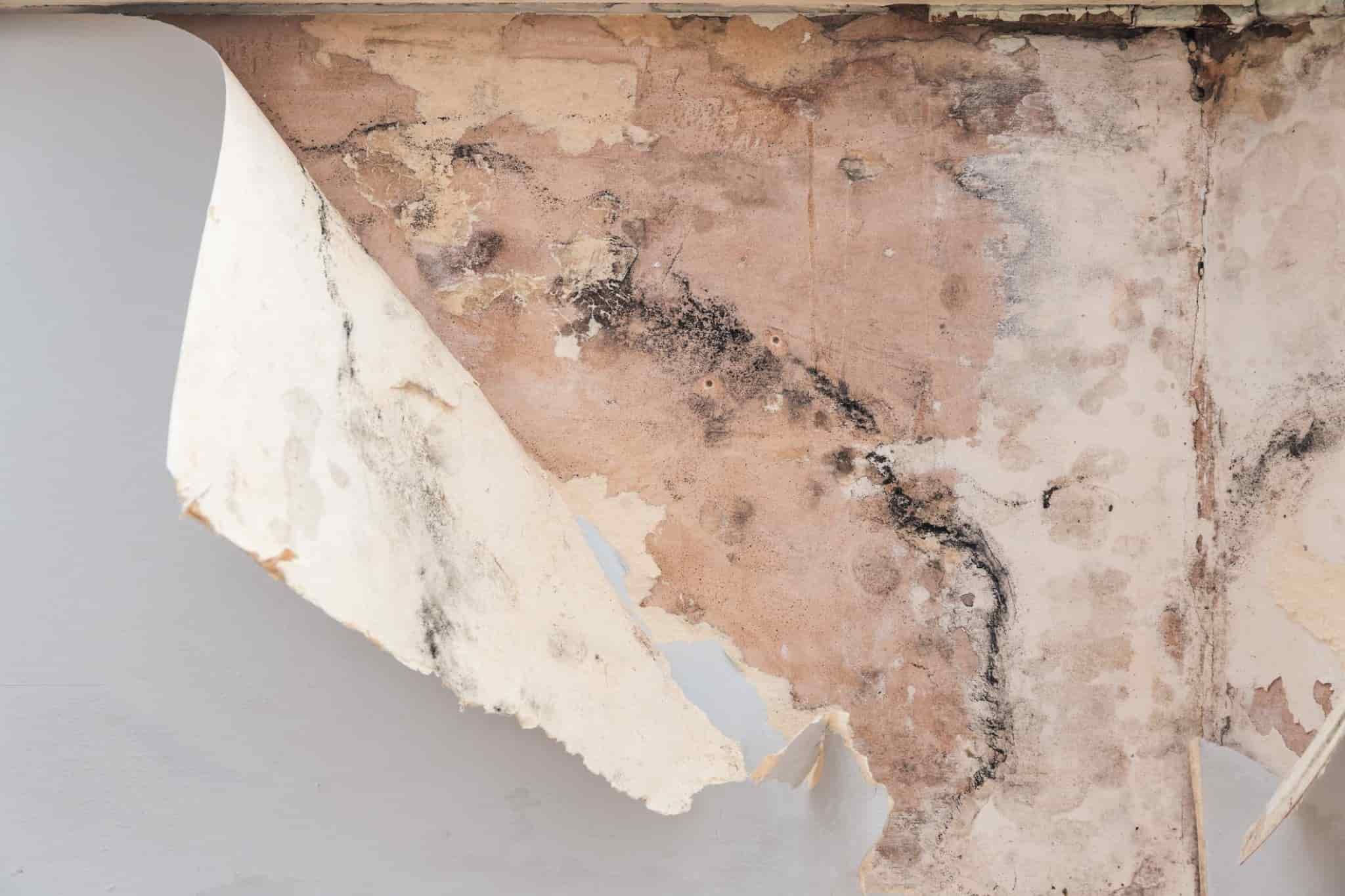 How To Stop Rising Damp

Before you begin to treat the problem, you must first make sure that the damp is actually being caused by moisture from the ground. Rising damp is quite uncommon and so it’s important to ensure that there are no other issues. Condensation usually gathers around windows, which is why it can be misdiagnosed as rising damp . Check the area carefully and see if the wall is damp right to the floor or skirting board. If it isn’t, it’s likely a condensation issue. If the damp patch is located above ground level, such as the corner of a room, it’s likely caused by something else, such as a leaky gutter or roof.

Even if the damp is in a place where it could very likely be rising damp, other issues could be the culprit, such as a leaking pipe or a blockage in an air brick. This is why it’s worth looking at the problem from all angles and removing any potential sources of damp before making any alterations . Damp problems around chimney breasts may be a sign that the breast is blocked, so it may also be worth bringing in an expert who can look down it for you.

Getting a first, second and third opinion on the damp in your home to really determine what is causing it can also be a sensible thing to do. However, if you’ve confirmed that rising damp is the cause, how do you solve the problem?

Unfortunately, while the issue is certainly treatable, there is no easy or cheap solution. A new damp proof course is usually the answer. While this sounds messy, injectable damp proofing can be applied directly into the walls to prevent them from continually absorbing moisture. This is a liquid that gets into the bricks and other materials, before curing over the following days and weeks. Once cured, it should stop any moisture from getting in.

You may also want to check that water is draining away from your property correctly. If it isn’t, additional drainage could be installed that may help the problem.

Whichever method you choose to fix your rising damp problems, it can take a while for the walls to dry out. It’s best to avoid plastering or redecorating until the wall is completely dry to touch, otherwise paint, plaster or wallpaper will just come away from the wall again.

How Much Does It Cost To Fix Rising Damp?

The cost to get rid of the problem will depend on how bad it is, as well as the type of property you live in - it may be more difficult to get rid of it in older homes than in a newer one, for example. It isn’t a cheap fix, however, and you could be looking at anything from €600 to €5,000. It’s important to understand how much it can cost to fix, as home insurance providers don’t usually allow you to claim for damage caused by rising damp.