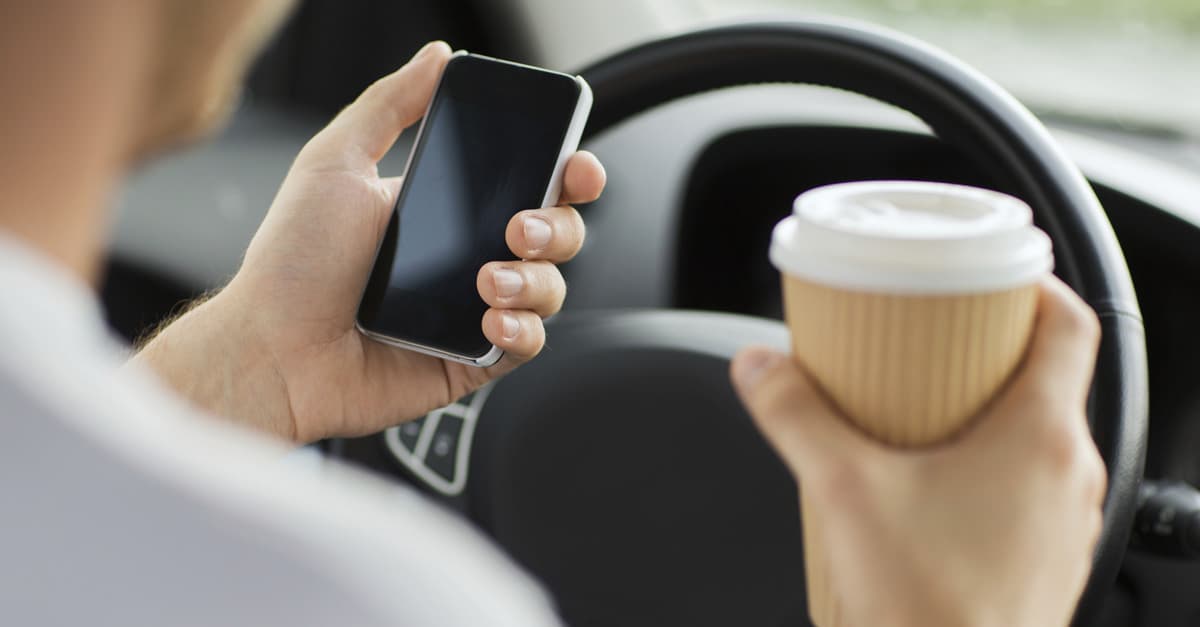 It’s all too easy to pick up bad habits behind the wheel and if you’ve let standards slip in certain areas of your driving since passing your test, you can rest assured you’re not alone. Here are some of the most common bad driving habits seen on Ireland’s roads.

Especially if you’re in a hurry to get somewhere, you might be tempted to break the speed limit. You may even breach these boundaries by accident if you’re not paying enough attention to the road signs. In modern cars, with their improved suspensions and other hi-tech features, you may not feel as though you’re going particularly fast even when you’re exceeding the limit.

However, it’s important to focus your speed. After all, by driving too fast, you increase the risk of being involved in an accident. According to figures provided by the European Transport Safety Council, speeding could be directly responsible for as many as 11,000 deaths in the EU each year. Meanwhile, the Road Safety Authority suggests that reducing speed by as little as 5% could save almost 50 lives and prevent up to 100 serious injuries each year on Irish roads.

There are also the legal repercussions of speeding to consider. If you’re caught exceeding the limit, you’ll receive a fixed charge of €80 and you’ll get three penalty points on your licence.

From making calls to checking texts and emails, a rising number of motorists are using mobile devices while on the Irish motorways. There’s also been a rise in the number of people taking photos and selfies behind the wheel. This can represent a major danger. Given that you already have to concentrate on the road ahead of you, your rear view mirror and wing mirrors, your speedometer, any road signs and a host of other variables when you’re getting from A to B, the last thing you need is an additional distraction.

Meanwhile, eating and drinking behind the wheel can be dangerous too. If you want to have a snack, check your emails or do anything else that could take your attention away from the road, make sure you pull over in a suitable stopping place first. Even though this will slow you down, it could prevent you from causing accidents.

You might sometimes feel as you need to be psychic when you’re out and about on the Irish roads. All too often, motorists fail to signal their intentions to their fellow drivers. Whether they’re about to change lanes, slow down and make a turn, overtake a stationary vehicle or anything else, people don’t always use their indicators. If you’re not paying full attention to what you’re doing, you might sometimes be guilty of this bad habit too.

Poor signalling can cause confusion and anger on the roads, and it can also lead to accidents. This means it’s important to be accurate and timely when it comes to signifying your intentions behind the wheel. You were expected to do this when you were learning to drive and taking your test, and there’s no reason to stop doing it now.

Tailgating is another annoying habit that many drivers are guilty of. Often, this is because motorists simply aren’t aware of stopping distances. It’s important to bear in mind that at just 32km/h (20mph), it takes 14 metres (three car lengths) to come to a halt in normal driving conditions. At 48km/h (30mph), this figure rises to 23 metres, while at 112km/h (70mph) it takes 96 metres to stop a vehicle.

If you’re too close to the car in front, you risk slamming into the back of it if it suddenly slows or stops. You can also distract the driver ahead of you if you tailgate, making it more likely that they will have an accident.

There’s something about driving that really brings out people’s impatience. Lots of people feel the red mist descend on them when they’re behind the wheel. According to a poll of Irish drivers in 2011, more than 10,000 respondents admitted to committing an act of road rage within the previous three years. Aggressive behaviours included making rude gestures, honking the horn and deliberately tailgating.

There is certainly no shortage of infuriating behaviours on the roads of Ireland. However, it’s important not to let this trigger bouts of anger. Instead, you should try to stay calm while in the driving seat. After all, rage can cloud your judgement and make you behave irrationally, even putting yourself and others in danger.

Stay safe - and make sure you have the right insurance

Guarding against bad driving habits like these can be tricky. However, it’s really important that you try. Bad driving habits can increase the chances of you getting penalty points for speeding or using your phone whilst driving. These habits could also lead you to being involved in a car accident while may require you to make a claim thus affecting your no claims bonus. When your insurer is getting you a quote they will ask you to confirm if you have any penalty points or had an accidents in the last five years. You may find that your quote can be increase or decrease based on your response as insurers take this information into consideration when calculating the cost of your policy.

By steering clear of speeding, distractions, poor signalling, tailgating, road rage and other dangerous behaviours, you can reduce your chances of being involved in accidents while on the roads. You can also make driving a calmer and more pleasurable experience.

It’s also important to make sure you have the right car insurance in place. After all, no matter how careful you are, it’s impossible to completely eliminate the risk that your vehicle will be damaged as a result of your actions or those of other motorists.

Luckily, it’s now easier than ever to access financial cover of this kind. Here at Chill Insurance, we search the leading providers to find you a deal that meets each and every one of your needs. With our help, accessing competitive offers takes a matter of moments.

For more information, take a look around our website. Meanwhile, if you have any questions about our motor insurance, don’t hesitate to get in touch with our friendly and professional team by calling 01 4003400.