What Are The Most Common? 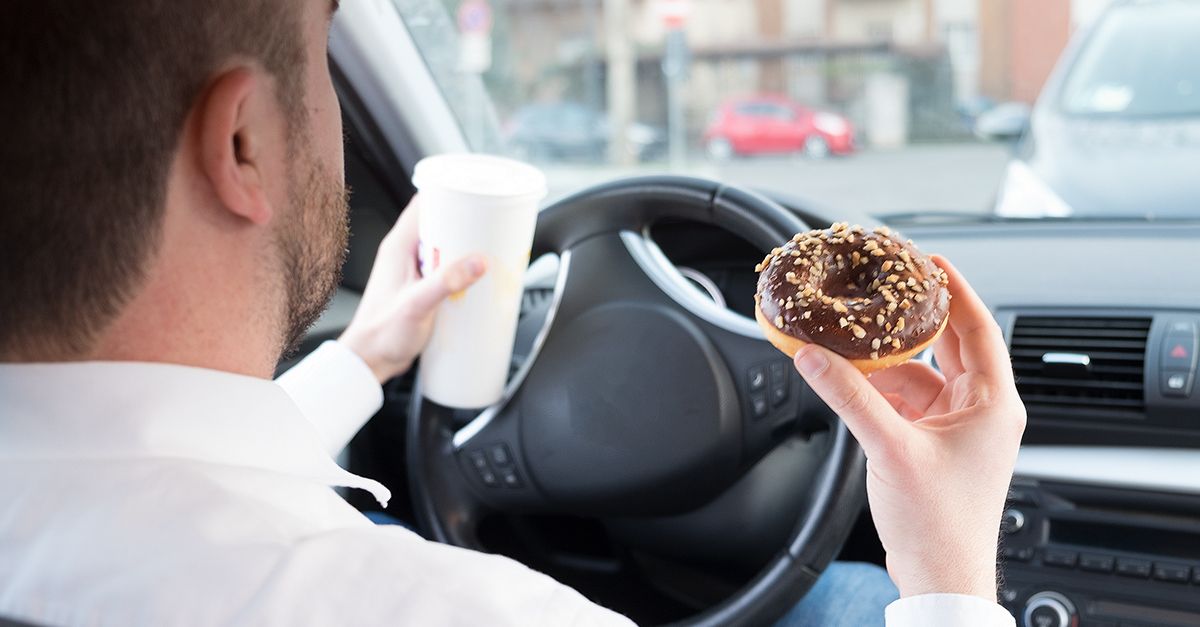 When behind the wheel we all tend to have our own unique driving habits. But are there any common habits that most of us are guilty of? Below, we take a look at some of the worst driving habits in Ireland.

As it’s against the law to use your phone while driving, there may be a tendency to plug earphones into the phone in case of an incoming call. This can be an added distraction when driving as even though your hands are free, you’re still not paying full attention to the road and its surroundings.

Our advice is to wait until you’re no longer in your car before answering the phone. If you feel that the call is urgent, we suggest pulling safely to the side of the road and answering the phone when the car is parked and turned off.

Whether it’s eating your breakfast, having a coffee, putting on makeup, or smoking a cigarette, multitasking on the road is one of the worst driving habits and can lead to a serious accident. You may think you’re saving time by doing these everyday tasks on your commute, but you’re putting yourself and those around you at risk.

We suggest taking an extra few minutes to finish your breakfast, have your coffee or do your make up, before getting in your car.

Smoking behind the wheel is not only unhealthy and a bad habit, but it's extremely dangerous too. It's also worth noting that it's illegal to smoke in a car with anyone under the age of 18, thanks to the Children and Families Act 2015.

We’ve all been there, driving down the road and all of the sudden the car in front of you decides to take a sharp turn off without indicating. If you don’t tell people which direction you are going, how are they supposed to know? Failing to indicate is considered careless driving an can lead to serious road accidents, especially if the car in front decides to hit the brakes before turning.

If this sounds like one of your driving traits, it needs to be addressed. Next time you're in the car, we recommend testing yourself to make a conscious effort and indicate at every turn, even if there is no car behind you.

There’s nothing worse than having a driver right behind you during your entire journey. Tailgating is a terrible habit and is quite common in most cities around Ireland. For those who tailgate, they’re putting both themselves and those in front at serious risk as they’re not allowing enough space between the two cars. If the vehicle in front had to suddenly stop, the driver that's tailgating wouldn't have enough time to react, which could result in an accident.

How To Eliminate Your Bad Driving Habits

During the daily commute there can be times when you forget to indicate as you are changing lanes. When cycling this is an issue when merging with on coming traffic so it is an even greater issue when I am in a car. Get into the habit of checking your mirrors before indicating. Use them in good time, giving other road users plenty of time to react and adapt.

It is illegal to use a phone while you are driving and If you happen to be pulled over not only can you get automatic penalty points but you could also receive an on the spot fine. Driving a car requires your full concentration so unless it is an emergency,and you can pull off the road safely to take the call, there should be no need to answer your phone whilst driving.

Trying to stay alert at the wheel, whilst fighting tiredness, can be as dangerous as driving whilst over the legal alcohol limit. Everyone who gets behind the wheel of a car can be at risk from tiredness.There are many ways to curtail your sleepiness before you get into the car and the RSA have made some really helpful tips available on their website. Our simple tip is to pull over and park, when it is safe to, until you feel comfortable to start off again.

Wearing your seat belt in your car is mandatory by law. But it is not only adults who must ensure that you are wearing your seat belts at all times, there is an additional responsibility that passengers under 17 are wearing belts at all times. Citizen's Information goes through all the legal requirements of children wearing a belt in a vehicle. Most cars now come with both a seat belt reminder light and chime which is activated in the event that you don't have your belt on correctly. The noise emitted when you don't have your belt on can be annoying so get into the habit of putting on your belt before you start the engine.

Even if you're a perfect driver with no bad habits, you still will need to ensure you're protected in the unfortunate event of a car accident. At Chill, we work with some of Ireland's leading insurers who offer Fully Comprehensive, Third party and Third Party Fire and Theft policies. Call us today on 01 400 3400 or get a quick quote above and we'll find a policy that suits your needs.