Rules To Navigating A Roundabout

How To Get Around Roundabouts 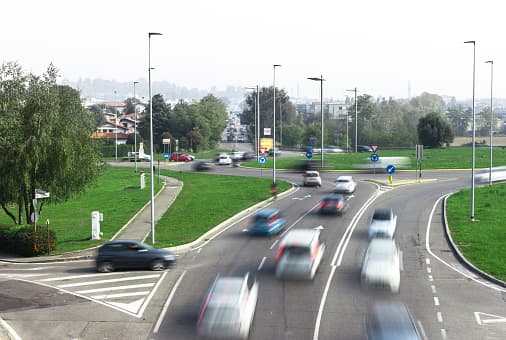 Approaching a roundabout can be daunting, especially if you’re at the front of a queue of cars. The pressure might be on, but you need to take the roundabout in a safe way.

Our guide to roundabouts should hopefully put your mind at ease and help you to navigate those exits and lanes like a pro.

When you’re approaching a roundabout, you should take your time to check the road markings or signs around you, as these usually tell you which lane to be in. Give yourself plenty of time to indicate and move into the correct lane, checking no other cars are in your path. Take your time to judge the circumstances and what the traffic around you is doing. If you take this careful approach, you can’t go too far wrong.

When it’s time for you to cross the roundabout, there are a few key points to remember. You must:

If you have to speed up to enter the roundabout quickly, then it’s likely that you’re entering it at a time that isn’t entirely safe. You should be able to drive into this kind of junction at a normal speed when there’s no other traffic coming.

When making a left turn on a roundabout, you should be in the left hand lane and indicating as you approach the roundabout.

When making a right turn, use your indicator and drive right round the roundabout, turning to the left slightly when you want to exit, always checking for other road users before exiting.

WHICH LANE SHOULD YOU BE IN AT A ROUNDABOUT?

Usually, it’s not the roundabout itself that confuses people, but rather what lane they should be in. So what lane should you actually use at a roundabout? Obviously it’s very dependent on the road layout, the size of the roundabout, etc. A good rule of thumb (what the Road Safety Authority calls the Golden Rule) is to think of the roundabout as a clock. 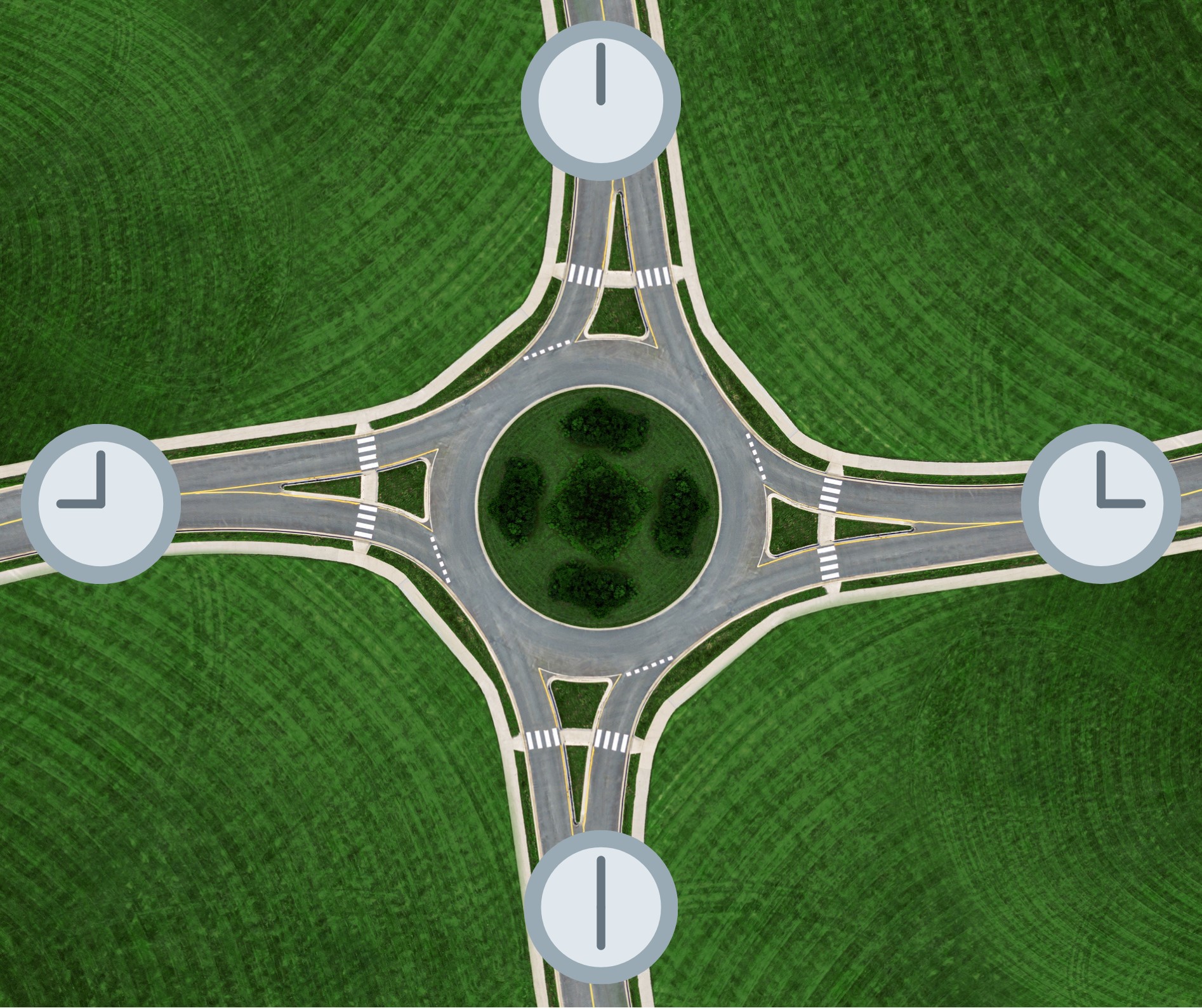 Above, you can see we’ve labelled the roundabout with clock faces. If you’re taking any exit between six and 12 o’clock, you should be in the left hand lane. If you’re taking any exit between 12 and six o’clock, you should be in the right hand lane. When in doubt, stick to this rule and you’ll be able to drive safely around almost any roundabout. You can use the approach to help you get in lane. Don’t forget you can also use the road markings, as these will often tell you which lanes take you to which exits.

IS IT ILLEGAL TO DRIVE AROUND A ROUNDABOUT THREE TIMES?

You can drive around a roundabout as many times as you wish, however you should always be aware of what’s around you and where you’re trying to go. Use road signs to help you and road markings to work out what lane you need to be in. It is dangerous to cross multiple lanes on a large roundabout, so sometimes it is safer to go round again instead of doing this.

WHEN DO YOU INDICATE AT A ROUNDABOUT?

Indication is so important for other drivers to work out where you’re trying to go, but when should you indicate at a roundabout? If you’re turning left or right, you should start to indicate a while before you reach the roundabout. This tells the drivers behind you where you want to go. If you’re going straight over, you don’t need to indicate just yet.

You also need to indicate when you’re leaving the roundabout. When going straight over, this means that you need to start indicating left once you’ve passed the exit before the one you want. Use our diagram below to see what this means. 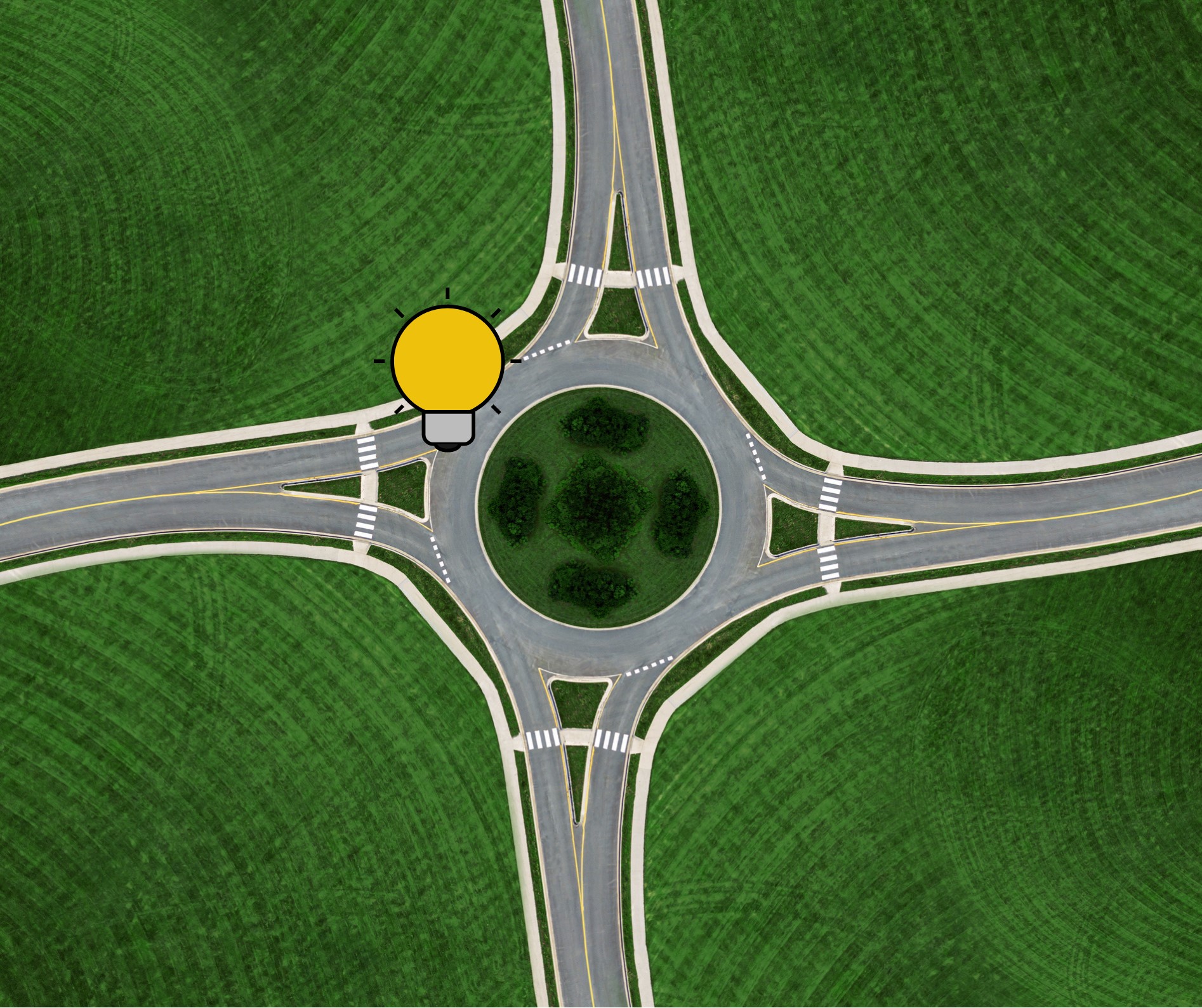 This also means that when you’re turning right, you should start indicating before you enter the roundabout, however you will also need to indicate left to show where you’re coming off. Using signalling incorrectly at a roundabout could result in an accident, so be sure to use your indicators clearly and accurately.

According to the Rules of the Road, roundabouts can help to significantly reduce the risk of collisions and accidents. They are also used to reduce delays, as traffic can flow more freely around a roundabout compared to stopping at a junction. This means they are safer, so long as everyone follows the rules carefully.

Congratulations! You have successfully navigated the troublesome roundabout. We hope these tips help with your driving and reduce the need for making a roundabout-related insurance claim.