Sharing The Road With Cyclists 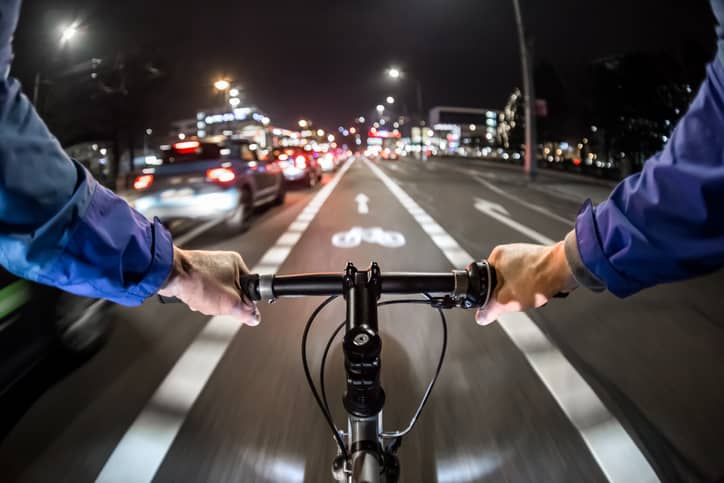 With cycling becoming an increasingly more popular mode of transportation for many, it’s a good idea to be aware of how to drive safely around cyclists so that both drivers and cyclists can navigate the roads of Ireland safely. With many opting for their bike instead of the car, the benefits of cycling can sometimes be outweighed by the drawbacks. It’s obviously the greener option, with less CO2 released compared to cars, and with no need for fossil fuels it is the climate friendly option.

However, cyclists are one of the road’s most vulnerable users, and drivers need to be aware of them and respect them as equal road users. Sadly, this doesn’t always happen, and there have been many cases where cyclists have been both critically and fatally injured as a result of drivers not respecting the rules of the road. So what can drivers do to keep these cyclists safe?

WHAT THE LAW SAYS

As a result of the frequency of incidents involving cyclists, a new law came into effect on 12 November 2019 regarding the overtaking of cyclists. Under The Road Traffic (Traffic and Parking) (Amendment) Regulations 2019, it is now be an offence to dangerously overtake a cyclist, and offenders will be punished with a €120 fine and 3 penalty points rather than the older punishment of an €80 fine and 3 penalty points.

HOW TO DRIVE SAFELY AROUND CYCLISTS

We have come up with some tips for driving safely around cyclists so that all road users can get to their destination safely.

These rules have been put in place for a reason, so it is of the utmost importance that drivers follow them. Although it is not a law, it is recommended to leave at least 1.5 metre in speed zones up to 50km/h and 2 metres in speed zones above 50km/h when overtaking a cyclist. This ensures that adequate space is left between both road users in the event that a cyclist has to move out to avoid drains or other obstacles.

Always Remember To Check Your Mirrors And Blind Spots

When turning, make sure you signal in good time and always check your mirrors, particularly when turning left as cyclists on your inside may be continuing on straight. Before making a turn, ensure that you look over your shoulder and check your blind spots. Just because you can’t see a cyclist it doesn’t mean there isn’t one there.

We are all equal road users, and we all share the same road. Do not drive too close to a cyclist in the event that they suddenly move or need to brake. A bike does not provide the same protection that a car does to the user, so always bear this in mind and leave cyclists enough room to manoeuvre on the roads.

Take care when opening your doors, particularly if you are stopped on the edge of the road or near a footpath with a cycle lane. Check your mirrors before opening a door, as if a cyclist is coming from behind your car they will not have enough time to brake and they could be seriously injured on impact with the car door. If you are pulling in on a main road for whatever reason, do not stop in a cycle lane, as doing so could force a cyclist out onto the main road in front of traffic - which could lead to a collision.

Ensure To Make Your Intentions Clear As Early As Possible

If you intend to make a turn or come to a stop, ensure that you indicate this in good time. Do not make any harsh turns, particularly on roads with cycle lanes. Slow down and indicate in good time. Do not brake suddenly, as this could cause serious danger to a cyclist behind you. Keep in mind that cyclists are vulnerable road users and drivers have to respect this. Give right of way to cyclists wherever possible and indicate in advance when you intend to turn across a cycle lane.

The key message for drivers as advised by the RSA when driving is to anticipate cyclists at junctions, check mirrors and blind spots before exiting a parked vehicle, and allow plenty of space when overtaking a cyclist or groups of cyclists. If drivers can become more mindful of cyclists, we can make Irish roads a lot safer for all road users - especially cyclists.

Are you looking for car insurance? Get a Quick Quote above and we’ll search 14 insurers to get you the best quote.