Keeping You And Your Phone Safe 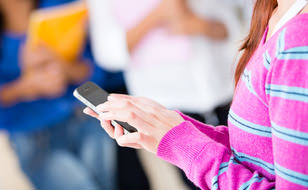 The Irish Times reported that a staggering 6,000 Smartphones have been stolen in Ireland this year!

Long gone are the days when mobile phones were clunky things the size of bricks. They're now super slick mini-computers kitted out with cameras and MP3 players - and that's why thieves are after them.

In fact the number (and value) of Smartphones is on the up, so too is the amount of people giving us a call about cheap Smartphone insurance against theft, loss or damage.

We all know having insurance is great (we would say that), but not having your valuables pinched is even better, so we've come up with this handy list to keep you and your Smartphone safe.

Be smart…keep your phone out of sight
Whoever said 'out of sight, out of mind' was spot on. It can be tempting to show your Smartphone off at every opportunity, but have a think when you're out and about. Keep your mobile out of sight and don't leave it on show in the car.
Back to the wall when on call
Mobiles being snatched mid-call is a growing problem. The Garda recommend that (if possible) you have your back to a wall or shop window when on the phone. It may look funny, but it means you won't be easily surprised by a thief!
Follow your phone
Did you know that there's loads of apps available which can use the GPS on your phone to keep track in case it goes walkies? Check out your app store.
Don't call when crossing
This doubles up as both a security and safety tip. Thefts by people on bicycles are on the up, so try and avoid chatting on your phone when crossing the road.
Make use of a magic marker
Invest in a magic marker and mark your phone! Also, keep a note of your international mobile equipment ID number (it's 15 digits long). If your phone does get pinched this will help you identify it.

What tips and advice do you have to keep your Smartphone safe? Let us know in the comments section below - we'd love to hear from you!