An Unhealthy Cost to Pay 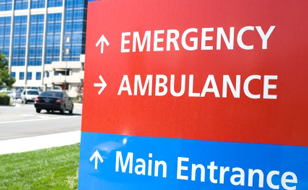 It was reported in the Irish Independent at the turn of the year that we are to face even more hikes in health insurance costs over the coming months.

The newspaper featured an article stating that Health Minister James Reilly looks set to cut the health budget and plans to introduce a scheme that will see consumers pay up to 50% more for their health insurance premium, as well as charge insurance companies more for each patient who avails of public services and holds private insurance.

The suggested increase in levies and added charges to the insurers may see insurance providers reduce the amount of public hospitals patients can be treated in per county in a drastic move to help keep the rates as low as possible without having to pass increases onto their members.

Is health insurance becoming a luxury? According to the Health Insurance Authority (HIA) a total of 61,000 people cancelled their private health insurance between June 2011 and June 2012 due to increased prices; highlighting the pressure Irish consumers are facing to meet the demands of everyday life. This in turn has increased the strain on an already stretched public health service leading to longer waiting times and lack of patient beds in public hospitals.

Are customers being priced out of the market? If more customers opt out of their policies this year, will the public service be able to cope with the increased demand if more people rely on it? What's the cure for this dilemma?