Making a Racket in Sutton 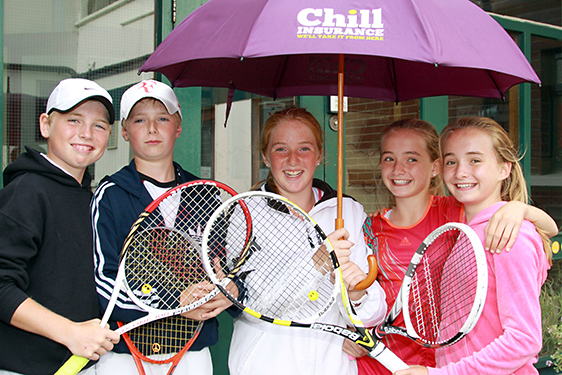 The weather seemed to have be kind all week long to the players and spectators of the Chill East of Ireland Junior Tennis Open at Sutton Lawn Tennis Club all last week, and the final on Saturday seemed to be shaping up for a sunny day. Well the weather gods were obviously smiling on the organisers with only a slight 10 minute delay in play towards the end of the day.

I was lucky enough to attend the final and be greeted with a level of tennis which would give a young Andy Murray a run for his money! The young tennis players which are being nurtured and trained at Sutton LTC showed great promise as they took to the courts in a bid to thrash it out for their converted trophies.

Once the rain stopped and play resumed, the final matches of the day were the doubles matches, and the crowd was in full swing to watch the action on the centre courts. Along with a roaring BBQ and a fully stocked teas and coffees, we all settled in to enjoy the last of the tennis for the day.

Each of the winners in each category was presented with the trophies by club President Mr Paul Turpin in front of their family and friends and MC'ed by club captain Mr Frank McCracken.

The organising of the event and the smoothness in which it was run was superb and a great tournament was enjoyed by all. Congratulations to all who took part in the event and well done to the winners.

The results from the final were as follows: