An Interveiw With Anthony Nash

We Chat With The Cork Hurling Goalkeeper 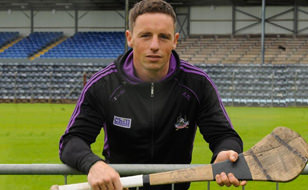 Last week we asked for our Facebook fans and Twitter followers to submit their questions for Cork hurler Anthony Nash. We got some great responses from everyone and we have chosen 10 of the best questions for Anthony to answer.

So if you want to know if there is more pressure trying to save a penalty or take one, if he is superstitious or not and does he see a future for dual players in the modern era then read on.

@Chill_Insurance penalty, last second of all Ireland final. Point down. JBM advises take the point & the replay. What do you do? #askchill

"I'd surely know where I was going to hit it so I'd hope to get a Hurley to it anyway." - Anthony

@Chill_Insurance Is there more pressure trying to save a pen or taking one? #askchill

"Trying to score it I think... I suppose the fact you have two other guys on the line trying to save it shares the pressure a bit!!" - Anthony

What was the most memorable game who have played?:) @Chill_Insurance #askchill

"Playing in Croke Park for the first time against Galway two years ago. It was a dream of mine to play in Croke Park." - Anthony

"Oh ya they definitely do. But I give them extra homework then" - Anthony

"I liked a lot of players. My uncles and cousin who played for limerick but for cork I suppose Brian Corcoran, he was an amazing player." - Anthony

"I hope there is, it is hard on the lads but it's great they are getting the chance. I'd say the only way is to spread out games but that's impossible with the fixture lists we have now." - Anthony

"I have around 20 or 30 hurls and yea I'd have a favourite one that I'd use in championship." - Anthony

"I love Páirc Uí Chaoimh as it is but I can see why the change is happening. I just hope it's finished before I retire so I can get a game there. For a player it is a huge honour to play there but the new stadium I'm sure will be better for both players and fans." - Anthony