A Guide To Understanding Speed Limits 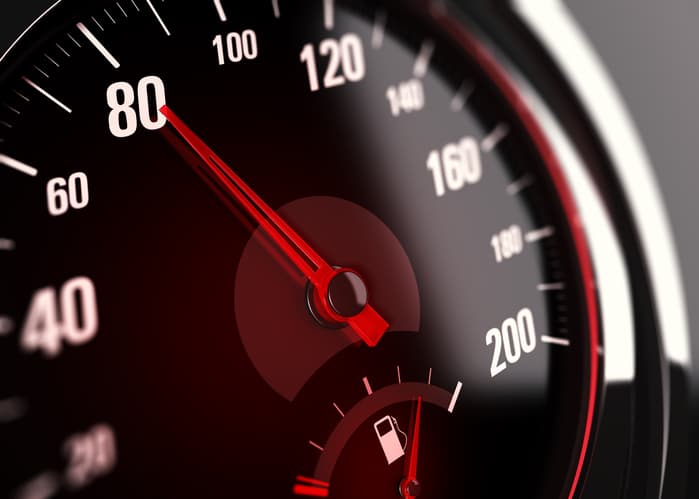 Speed limits are put in place to keep us and others safe on the roads, no matter if you’re a driver, passenger, cyclist or pedestrian. For this reason, some roads have slower speed limits than others, and in Ireland, there are a total of five different speed limits that apply throughout various country and city roads:

Whether you want to know the speed limits on certain types of roads or how to determine what the limit is if you can’t see a sign, this guide should be able to help. Please note that the below is based on the vehicle being a car - speed limits can differ for buses, coaches, trucks and other vehicles.

Speed limits are there for safety, and the Garda Síochána can issue penalty points to motorists who don’t obey the limit, just as they can if you don’t have car insurance or if your tyre tread is below the minimum depth. If you aren’t sticking to the maximum speed, you can get pulled over by the Gardaí or caught by a speed camera. This is why it’s important to understand the speed limits of certain roads, and how to tell the speed limit if you can’t see any signs around alerting you.

What is the speed limit in towns and cities?

In built-up areas, like cities and towns, there is a maximum speed limit of 50 kilometers per hour (km/h) in place. Special speed limits may be in force in designated roads and zones beside schools. These speed limits are set by the local authorities by introducing bye-laws.

What is a special speed limit?

Most roads have a designated speed, as explained above, depending on whether they’re a city, national, local or regional road or a motorway. However, special speed limits can be put in place if the speed on one of the above roads should be different to the standard limit. These tend to apply to roads on the outside of built-up areas, on roads located near schools or where roadworks are taking place. The special speed limit is usually 30 or 60km/h, depending on the area and why the special limit is needed. These caps are put in place by the local authorities in Ireland and can be changed.

What is the speed limit on non-national roads?

The speed limit on all regional and local/non-national roads is 80km/h.

What is the maximum speed limit on motorways in Ireland?

The maximum speed limit on Ireland’s motorways is 120km/h. Dual carriageways fall under the national road speed limit of 100km/h. Learner drivers can navigate dual carriageways but cannot drive on a motorway until they have passed their test and no longer have a learner permit. Other vehicles not allowed on motorways include cars with engines smaller than 50cc, bicycles and pedestrians.

How to know the speed limit of a road

If you’re unsure of the speed limit and cannot see any signs alerting you to what it is, you should try to judge what kind of road you’re on. Knowing whether you’re on a local or regional road, for example, could help you to make an informed decision. You may also be able to tell by judging what other drivers around you are doing.

Remember that you should always take into account weather conditions too, going slower in windy or rainy conditions, when visibility might not be as good. You should be able to stop in time should a hazard come into the road without injuring yourself or other passengers.

If you’re in a built-up area, for example, and you’re unsure of the speed limit, it’s always better to go a little bit slower than what you think it might be. However, do be cautious about going too slowly. The Rules of the Road states that you should keep up with the pace of traffic around you so you’re not blocking other road users or making them frustrated so they overtake in a dangerous place.