A Game Of Insurance

What Game Of Thrones Can Teach Us About Insurance 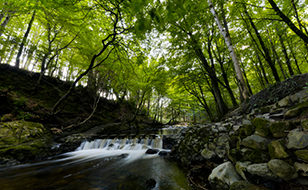 I am a self confessed TV junkie. During the winter months I usually undertake a marathon of some sort. Not the 26.2 miles variety but more the box set kind. Recently I worked my way through The Good Wife, Breaking Bad and House Of Cards which I imagine Mo Farah and Haile Gebrselassie haven’t done yet.

One of my favorite shows that I recently binge watched was Game Of Thrones. As a show it is an enthralling piece of television which drip feeds the audience storylines which are intense and addictive. If you have never seen the show or read the books then you are missing out on something that has to be experienced to understand. The series is one of the most tweeted about shows on TV and even has a touring exhibition that will be coming to Northern Ireland later on this summer. Parts of the show are actually filmed in Northern Ireland so there is a slight Irish affiliation felt by many Irish fans of the show.

Since the start of the book series (2006) and the TV show (2011) there have been numerous blog posts and articles written about this tale of Seven noble families fighting for control of the mythical land of Westeros. With the new season being broadcast at the beginning of April there seem to be few blogs written about the Insurance needs of the characters which is strange as the show is a perfect example for the benefits of having insurance.

During the first 3 seasons of the show, families such as the Starks, the Lannisters and the Targaryens have claimed and lost family homes and their contents in pursuit of the Iron throne. Although many of us will never encounter events similar to the ones in the show it is always wise and prudent to have your home properly insured. Having the relevant home insurance can protect you and your contents in the event of any loss or damages you may encounter. Learn more about our home insurance.

For some fans of the books and TV show, the untimely deaths of key characters that have taken place have been shocking and unexpected. For instance, mention the phrase "“Red Wedding”" to people and watch their reaction.

This aspect of the show, untimely deaths or early retirements, highlights how investing in one of the many elements of life Insurance can protect both the policy holder and their family. Life Insurance has a broad range of options available for you to choose. We recently published a guide to Life Insurance which explained the eight phrases you need to know about this type of policy cover.

Characters such as Tyrion Lannister and Arya Stark have taken trips during the course of the series to places such as "“King’s landing”", "“The Wall”" and "“Winterfell”". To give you an idea of the diverse filming locations for the show we have include a great infographic at the foot of the page that highlights some of the real life filming locations which might inspire you to do some travel.

On these trips they have had their identification stolen, missed their transport and gotten injured. Most, if not all, of these incidents would have been covered depending on the Travel Insurance policy taken out. To better understand the benefits of having travel insurance we did a recent blog which asked whether or not travel insurance is a savvy investment.

Game of Thrones has become one of the most influential, and talked about TV shows of the last number of years. What it shouldn’t influence however is your decision not to take out the relevant insurance. If you are unsure about what cover you need, our friendly and helpful team would love to help you on 01 400 3400. We’ll try and not get into too much of a discussion about our feelings on Joffery or how much we enjoy the show.

Explore more visuals like this one on the web's largest information design community - Visually.
Get a Quote