Becoming a first time driver can be such an exciting experience. However, what some people forget is that it can also be quite costly.

After the purchase of your car there are other expenses that sometimes are forgotten. Here are some tips on how to reduce those expenses, such as your car insurance premium. 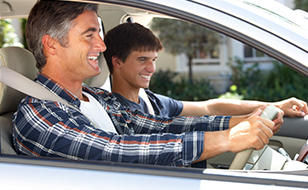 Many factors can influence premium costs, so it makes sense to have access to the best possible car insurance quotes. At Chill, we do the legwork for you and sift through a range of insurers to find the right deal for you. 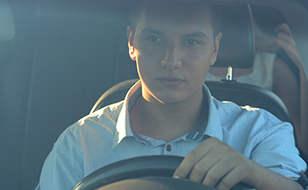 New driver insurance tends to be rather pricey because most people getting behind the wheel for the first time are aged between 17 and 24. This is the age group most likely to be involved in a claim, so while you might be an excellent driver yourself, you are unfortunately let down by the statistics showing that many similarly aged motorists are sometimes less than careful.

In particular, young males have historically had a hard time getting insurance quotes that are affordable to them as statistics suggest their females are safer drivers. As of 2012 though, insurers throughout the EU have been banned from factoring gender into their pricing. Even people throwing away their L-plates later in life sometimes get a raw deal though. They might not be eligible for a no claim bonus, so they will often be viewed as an unknown risk by insurers. 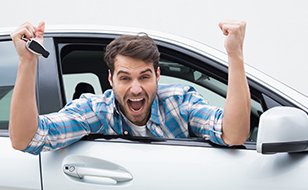 It doesn’t matter whether you’re 17 or 70 – passing your driving test is a real buzz and those first few journeys on the road in full control of your car are ones you will remember for the rest of your life.

Even though they have the legal right to drive, insurance premiums can often be too expensive for inexperienced motorists. With a little searching around though, a great quote may be out there waiting for you and at Chill we are determined to hunt it down.