What To Do After A Minor Car Accident 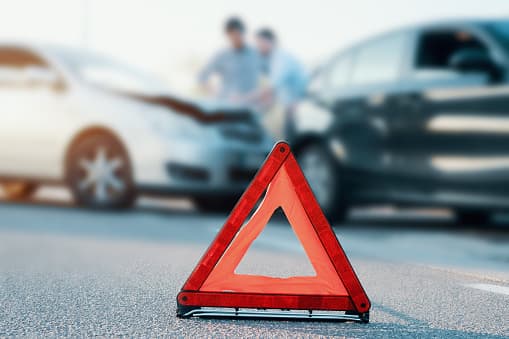 However minor, any type of car crash is likely to have a negative effect on everyone involved. Even lesser bumps can send you into a state of shock, and it’s to be expected if you find yourself in a situation you hadn’t anticipated. The most important thing after a minor car accident is how you react. Approaching the aftermath incorrectly could be dangerous and potentially even illegal.

Reporting an accident to both the Garda and your car insurance provider is important, but before doing anything else, you should:

This might seem like the most basic tip in how to respond to a car crash, but it’s likely to be the most important. Between the shock of the crash happening and the adrenaline of such a situation, it can be difficult to think properly.

As soon as a crash happens, it can be easy to forget what caused it and who or what was at fault, but by remaining calm and reacting in a practical manner, it should be easier to keep these details clear in your mind. It will also benefit anyone else involved in the crash, as they might be reacting erratically and a calm approach could help to put them at ease.

A crash can affect many people, and it’s best to check on everyone involved in a specific order to ensure the safety of yourself and those around you. Firstly, you need to check that you’ve not been injured, before moving on to check that everyone else in your vehicle is okay.

Once you’ve done this, check that anyone else involved is okay, whether it’s people in a vehicle you collided with or someone who was present during the crash.

It should go without saying that your handbrake should be applied and your engine turned off as soon as your car has stopped, but you may need to take additional safety measures to prevent any further damage.

If your car or any other car in the crash is obstructing the way or creating another hazard, you should look to move it to safety as soon as possible, as long as it’s in working condition. You can then put a reflective advance-warning triangle 50 yards behind it to alert oncoming vehicles.

Keep a record of the details:

We’ve established that remaining calm can help you to remember details of the crash, but if you’re able to make notes or even take pictures of the scene of the accident, this could be useful later on in the process of reporting the crash to the Garda or making a claim to your insurance company. Actively doing this could prevent any discrepancies in the accounts of other people involved in the crash later on.

How to report a car accident

After a car crash, the emergency services should be informed, allowing for the Garda to write up an official report. They will decide whether or not they will attend the scene of the crash based on the severity of the accident, but if they aren’t present immediately after, you need to make sure they’re aware of it taking place.

In your report to the Garda, you will need to provide personal information including your name and address, where your car is kept, the car’s registration number and details of the motor insurance attached to the vehicle. You will also need to provide the date of your insurance policy’s expiration as proof that you currently have cover.

When to report an accident

As you might expect, it’s advisable to report a car accident as soon as you can. Not only does this show transparency to your car insurance company, but it speeds up the process of mending your car if it was damaged in the accident. Reporting it quickly will also help ensure that the details of the incident are fresh in the minds of those involved.

Minor car accidents might not necessarily require immediate attention from the Garda, but this can’t be an excuse for not reporting your incident to them. There isn’t a strict time frame in terms of when you must alert the emergency services to your minor car accident, but it would be best to tell them no later than 24 hours after the crash took place.

How to make an accident claim

If the accident involved another vehicle, you should exchange information with the other driver immediately. You’ll need to provide your name, address, phone number, vehicle registration number, insurance company and policy number. During this time, it’s advisable to avoid admitting fault to the driver of the other vehicle.

If you contact the Garda to report the incident, you will receive a recorded incident number. The decision to inform the Garda depends entirely on the circumstances of the crash, as it might not be necessary if no other vehicle is involved and your car is the only thing damaged by it. However, receiving your recorded incident number shows that you reported the crash to the Garda.