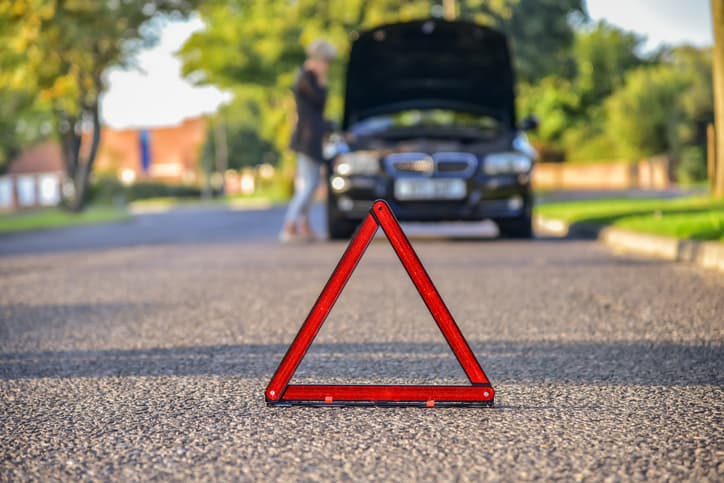 While you might think it’s the battery that powers your car's electronics, it’s actually the alternator that does the bulk of the work. We’ll help you understand what it does, why it’s important, and how looking after it properly could save you plenty of euros in the future.

WHAT IS AN ALTERNATOR?

Your car’s alternator is a small component at the front of your engine. It is a generator that provides electricity to the rest of your car and charges your battery, using a belt to turn the mechanical energy of the car’s movement into electrical energy that powers lights, windscreen wipers and more. Basically, it’s really important, and looking after it now could prevent a big headache later.

What Is The Function Of An Alternator?

An alternator recharges your battery, and your battery is what starts your car. It also sends electricity to other components, meaning you can wash your windscreen, use your air con and listen to music as you drive.

The battery is only responsible for starting your car and powering it while it sits idle. An alternator is what keeps everything going while you’re on the move.

How Do Alternators Work?

Alternators are powered by your car’s engine. The crankshaft is connected to a belt, which spins the rotor - a component made of magnets in the alternator. As this spins, the magnets pass over copper wiring, creating a magnetic field that produces voltage. This is passed through a voltage regulator, which sends electricity out to the places that need it and controls how much your battery receives.

How Much Should An Alternator Cost?

Replacing an alternator can cost anywhere between €118 and €828. The average cost is around €436. This should cover the price of the alternator itself, as well as the labour time required to do the work.

Unlike replacing your washer liquid, replacing an alternator isn’t a job you should try yourself. You will need an experienced mechanic to do it for you - it’s not something you want to get wrong.

It’s always worth checking your car’s warranty to see if the price of a new alternator is covered by the manufacturer.

WHEN THINGS GO WRONG WITH YOUR ALTERNATOR

As with anything in your car, there’s always a chance something could go wrong. These are the signs that your alternator needs looking at - the sooner you get it sorted, the better!

What Are The Signs Of A Bad Alternator?

Some signs of your alternator failing are more obvious than others. These are the four main things to look out for:

This one is pretty obvious. If your car won’t start, there’s a good chance your battery has no charge in it. If this has happened, there are two potential causes: either you’ve left your lights on all night, or your alternator hasn’t been working. If your car works as normal after you’ve jump started it, your alternator is likely fine. If the battery runs out of charge again, your alternator is probably to blame. When your car stalls, it’s because not enough fuel is being injected into the engine. Sometimes this is the driver’s fault (we’ve all done it), but if you find it happening at unexpected times, it could be because your fuel injectors aren’t firing. These need electricity to work, which will be provided by your alternator. At 1.68 injury or casualty causing collisions per 1000 people, County Wicklow’s roads are the third safest in Ireland. The low This may well be one of the first signs you spot that things aren’t all ok. If you spot your radio isn’t playing properly, your headlights are dimming, or your windows are taking longer than usual to bring up or down, you could well be running low on power. If your car doesn’t sound right, it’s always worth investigating. Alternators use a belt to provide electricity, and if that belt slips, breaks or gets worn down, you’ll soon know about it. Listen out for unusual squeaking or humming and, if you hear any, get yourself booked in with a mechanic.

Can You Drive With A Bad Alternator?

There’s a difference between ‘can’ and ‘should’. While a worn alternator belt will still be able to get you from A to B, it’s only a matter of time before it gives in altogether. And while replacing an alternator belt might be a much quicker (and cheaper) job, replacing the alternator itself will set you back a lot more.

If you do plan to drive with a faulty alternator, make sure it’s only as far as your nearest mechanic.

HOW TO MAINTAIN YOUR ALTERNATOR

The best way to keep your alternator running smoothly is to book your car in for regular servicing. At your service, mechanics will check the basic functions of your car, including whether power is being provided correctly by your alternator. They’ll also listen out for any unusual sounds and be able to identify the culprit quickly.

You should get your car serviced at least once a year. This should help keep your alternator working to its full potential for longer.