Don’t Run The Risk Of Texting At The Wheel 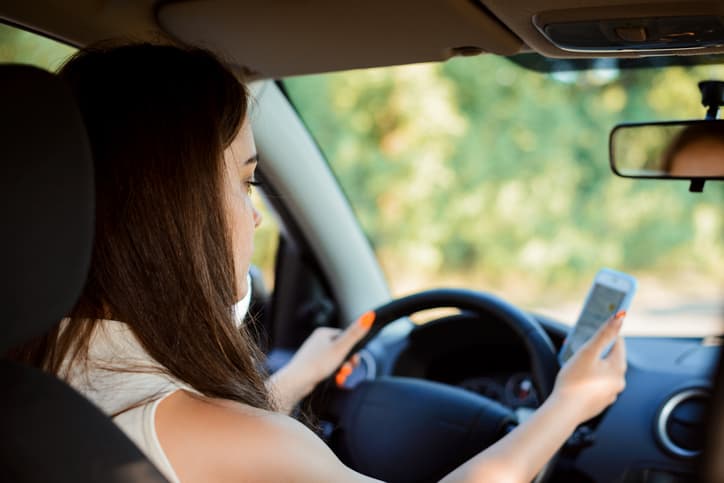 The Harsh Reality Of Texting While Driving

The harsh reality is that there is a huge amount of road deaths linked to use of mobile phones while driving. The Road Safety Authority suggests that using phones while behind the wheel could make motorists four times more likely to crash.

You could also face a serious fine if found guilty of texting while driving.

There are many types of driving distractions such as grooming, radio and messing with friends or family, but the growing trend is now texting. You may think sending a quick text is safer than talking on the phone, but it definitely is not.

Kick Your Bad Habits To The Curb

Others are more likely to pick up your bad habits such as texting or talking on the phone while driving if they see you doing it yourself. Even reading/sending texts at traffic lights may give them the impression that it’s okay to use a mobile phone in the same situation. Make it very clear to them that this is against the law as well as being extremely careless. Set some rules that you have to obey yourself such as the ones mentioned below in our next two sections.

Paying full attention to the road is important especially when you have the lives of other road users in your hands. When it comes to maximising your safety behind the wheel, turning off your phone is simply the best option. If you're travelling with someone who's texting, don’t be afraid to say that it makes you feel uncomfortable for them to use their phone. Offer to answer it or reply to a message for the driver, this will make you seem like a helpful friend yet everyone will be safer too.

What You Could Do To Stop Texting While Driving

We know that you need to take your mobile phone with you when travelling to your destination, but leave your phone in the boot or back seat. Turn the phone off or leave it on silent mode as this will be less distracting and that way you are less likely to use it.

For many people we slip into habits and one of these is using our phones whilst driving. No matter where you are driving to, reconsider your phone usage habits. Not only could this ensure that you don’t get penalty points but it could help you get to your destination on time as you are able to concentrate more.