The Craggy Island Home Gets A Makeover 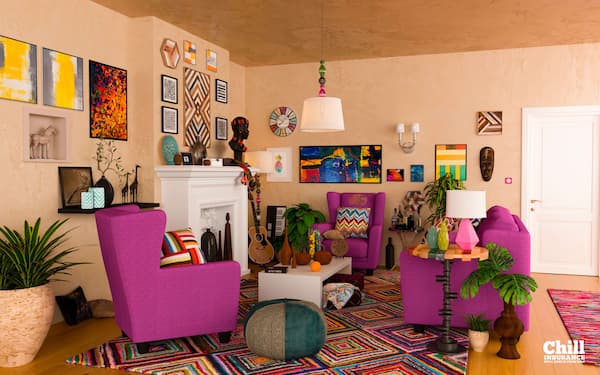 The power of TV shows is pretty unbelievable. We bet you could tell us what Carrie Bradshaw was wearing in the Sex and the City opening credits, what was on the back of Joey and Chandler’s apartment door, and the colour of Sherlock Holmes’ armchair. This is the impact good TV has on us. It makes us remember and it influences us in ways we might not have realised.

With this in mind, we turn to Father Ted. Father Ted is a sitcom written by Irish writers Arthur Matthews and Graham Linehan in the 1990s. Set on the fictional Craggy Island, the show follows three priests, Father Ted, Father Dougal and Father Jack who live together along with their housekeeper Mrs Doyle.

The show became very popular, despite there only being 25 episodes that aired between 1995 and 1998. It received several BAFTAs and was ranked number 11 in ‘Britain’s Best Sitcom’, beating Absolutely Fabulous and ‘Allo ‘Allo.

The living room is notoriously drab, old-fashioned and dingy, and tends to be pretty messy and unkempt.

So what would Father Ted’s living room look like if it was reimagined using the most popular interior looks of today? We’ve created some illustrations that do exactly that. For avid fans of the show, you’ll be able to find some objects in the images that relate to your favourite characters. #FatherTedReimagined

A bohemian home is all about mixing and matching, using a vast display of colours and patterns, and making it look like you’ve effortlessly thrown it together. So this is exactly what we’ve done to the Father Ted living room.

There are lots of contrasting colours and patterns in this room, with plenty of quirky artwork on the walls too. An array of plants have been used create an urban jungle feel. The pink chairs are bright and bold, and have been paired with accent cushions in all sorts of colours. The room is cluttered but effective.

Plants have been a big trend in homes over the last few years, with the eruption of hanging plants, plants in bathrooms, and anywhere else you can fit them. ‘Living walls’ is an emerging trend we’re expecting to see much more of. 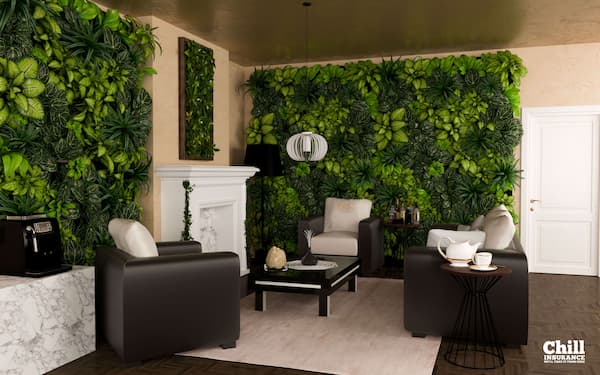 This room has barely any decor in it, but it looks far from empty. The black furniture, like the coffee table and the lamp in the corner, almost blend into the room as though they’re not there. All our attention is drawn to the beauty of the walls.

The industrial trend is all about using natural materials such as brick, distressed wood and metal. These can create quite a harsh, cold look and should be softened by using soft furnishings such as a rug or curtains. 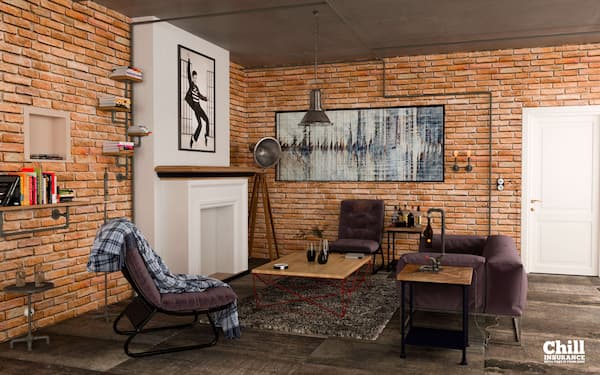 Father Ted’s living room has been given bare brick walls and an array of pipes that run up the wall and ceiling. The pipes have even been incorporated into the decor, as various shelves, tables and lamps have been made from reclaimed pipe. There’s lots of natural wood in both the flooring and the furniture, and the bare lightbulbs finish off the Industrial look.

It’s thought that the mid-century modern trend encompasses modern design between 1945 to 1970. It’s about simplicity and zoning a room so that it focuses on one area. 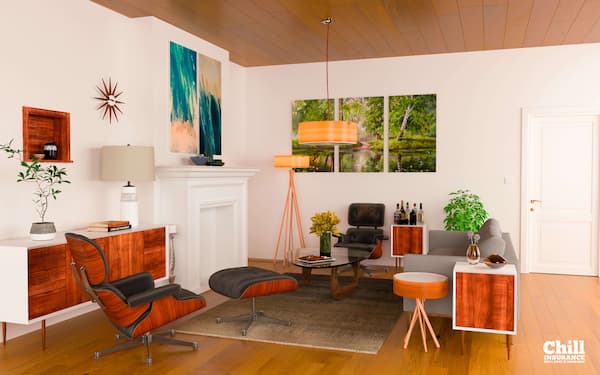 The natural woods that have been used are very typical of the mid-century style, as is the style of the chairs. The style is meant to be simple and understated, like the small coffee table that can barely be seen because of its glass top, and the small, unimposing pieces of furniture. The furniture units are all on tall legs to give the impression of space.

A Country-style home is a classic trend for English houses. The style uses lots of warm neutrals and a mixture of woods to create that cosy, country pub feel. 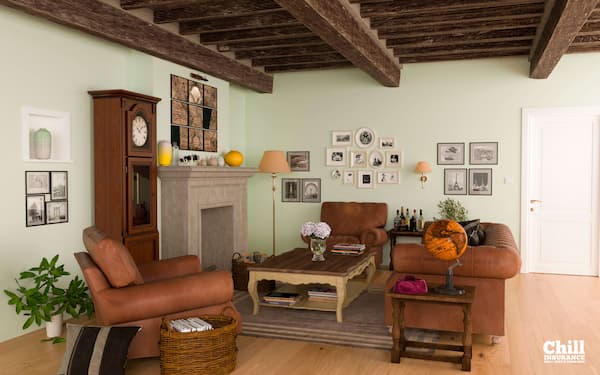 There are lots of different woods used in this living room. There’s the distressed beams on the ceiling, the wooden floor, the large grandfather clock, the coffee table that boasts two different colours, and the natural woven baskets, one of which is filled with logs for the fire.

The warm leather chairs finish off the look, as do the fresh flowers and plants that have been dotted around the room.

This trend incorporates the famous glitz and glamour of 1930s Hollywood. The look includes lots of clean white lines, plenty of gold accessories, and crystals everywhere you look. 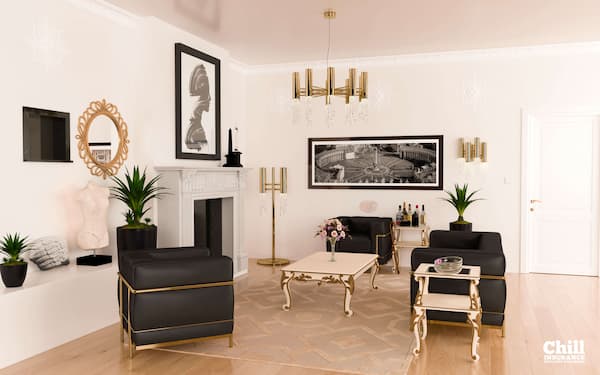 The modern black chairs we’ve put in Father Ted’s living room are the epitome of luxury glamour, especially when combined with the white and gold tables with ornate legs. The rug under the coffee table has a 1920s Gatsby feel to it, and the crystals under all the lighting add a luxury element.

Did you find all the Father Ted references in the images? If you think you did, check the answers here!