Would You Buy a Car with One? 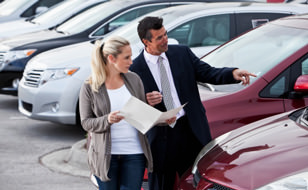 Are you the superstitious type? Do you cross the road rather than walk under a ladder or does the thought of a broken mirror put you on edge? As a nation we all seem to have our own superstitions ranging from pre-match rituals to fears of an unlucky number.

Earlier in the year car manufacturers voiced concerns that the 13 registration plate would cause a drop in new car sales, with customers not wanting to buy a vehicle with an unlucky number on its plate. We all know the motor industry has taken a bit of a battering over the last few years and with approximately 70% of all new cars purchased during the first four months of the year, you can see why they were keen to avoid anything that may damage sales.

Why fear the number 13?
There are many possible explanations, yet people often struggle to say why they avoid this number in particular. Some believe that 13 is unlucky as there were 13 people at the last supper (Christ and his 12 apostles), one of which was to betray him.
Other events have helped peddle the myth including 13 steps to the hangman's gallows, the failed Apollo 13 mission and 13 conspirators in the foiled gun powder plot in 17th Century London. The theories go on and on.
Would you drive a 13 registered car?
At Chill we offer fantastic value car insurance based on numbers, probability and facts. The whole insurance industry does, yet it is clear people's fear of the number 13, genuine or otherwise could cause car manufacturers a very real problem. That's why the Irish motoring authorities and the government looked at ways to overcome this, including the introduction of a bi-annual registration plate system.
Just like in the UK, cars manufactured and purchased between January 2013 and June 2013 will now carry the 131 plate number instead of 13, and those manufactured later in the year (July 2013 to December 2013) will carry 132. Currently if you buy a brand new car in January or July, there is no way to differentiate which is the newer of the two. This will now make it a lot easier for people to understand.

What do you think of this move by the authorities? How superstitious are you? Would the number 13 on your registration plate put you off buying a new car?