What You Should Watch Out For 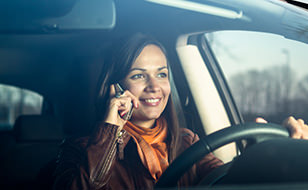 Are you the type of person who likes nothing better than flooring the accelerator on the open road? Whether you're a speed demon, a cautious driver or somewhere in between, there's going to be some changes coming in 2014 that every motorist needs to know about.

In the new year drivers look set to face harsher penalties for speeding offences and mobile phone use as the government bids to reduce the number of accidents on our roads. The proposed changes will see penalty points imposed for failure to display novice or learner plates, making illegal U-turns and driving through no entry signs.

In addition there will be an increase in the amount of penalty points for existing offences such as using a mobile phone while driving, failure to display a NCT certificate, speeding and not using seatbelts.

Does this mean it will be easier to earn penalty points? At first glance it could appear that way, but once you take a closer look at the changes it becomes clear that if you're a good driver, you have little to worry about. But if you've managed to develop some bad habits, you could fall foul of the new rules. However, we're sure that with a little extra care and attention, you won't be hit with penalty points or a hefty fine.

Here's our tips to avoid landing in hot water when the changes are introduced.

No need for speed
Slow down! We're all guilty of this at one time or another. But is it really worth getting three penalty points (increased from two) for putting the foot down? The speed limits are there for a reason, so always try to obey them. Driving at the legal limit will make the roads safer for you and other users.
Belt up!
The penalty for not wearing a seat belt has gone up to three points (again an increase from two). It's always vital to wear your seat belt when sitting behind the wheel. Get into the habit of belting up, and advise other passengers, even when not driving or stationary to do the same. You never know what could happen. So be prepared.
Please leave a message
Your smartphone is beeping away. We've all had that urge to answer it. But is it worth taking a risk and using it? If you get caught you'll not only earn yourself a ticking off from the Garda, but three points on your license. Wait until you've finished your journey before using your phone. If it's important, they will call back.
Green, amber, red
Obeying traffic signals means avoiding two penalty points. Why risk running a red light? You'll put yourself and other motorists in danger. Green means go!
Keep on cover
This one's a no brainer. Driving without car insurance is an automatic court appearance, with five points added if convicted. NEVER risk driving without insurance.

If you're searching for motor insurance why not give our friendly team a call on 01 4003400 or hit Get a Quote now?