What It Means For Your 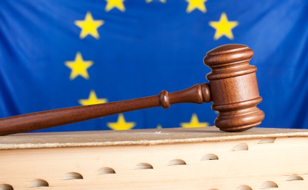 From the 21st of December 2012, there will be a fundamental change to how insurers calculate premiums for insurance policies. Gender can no longer be taken into account in determining insurance premiums or benefits for new policies going forward.

For years now, European and Irish Law ensured that people have equal access to goods and services regardless of gender, however insurance companies had a specific exemption and it was deemed that a differential was justified based on sound statistical information. However a Belgian consumer group called (" Test Achtas") challenged this and the challenge was successful, so derogation will no longer apply from 21st December 2012.

This will have the impact of producing winners and losers, and when we look at the Gender Directive we clearly see that for every winner there will be a loser.

How does this affect you, the customer?

Life Cover
Males will end up paying a similar rate to what they are now for life cover with females paying significantly more. So for females needing life insurance cover now is the time to buy.
Serious Illness cover
Whilst at some ages males pay more than females and vice versa, overall the difference between the two are so modest that the new gender neutral rates are expected to fall close to both.
Cancer Cover
Cancer is the dominant cause of serious illness claims in Ireland. For females it is far more prevalent than in males. Effectively the cost of cancer cover for females will remain the same after Gender Neutral Pricing is introduced the cost for males will increase significantly, so for males interested in cancer cover now is the time to buy.
Income Protection
Females are currently charged more than males for income protection. So for males thinking about taking out Income Protection now is the time to act before the more expensive gender neutral rates come in.