Get The Most From Your Car 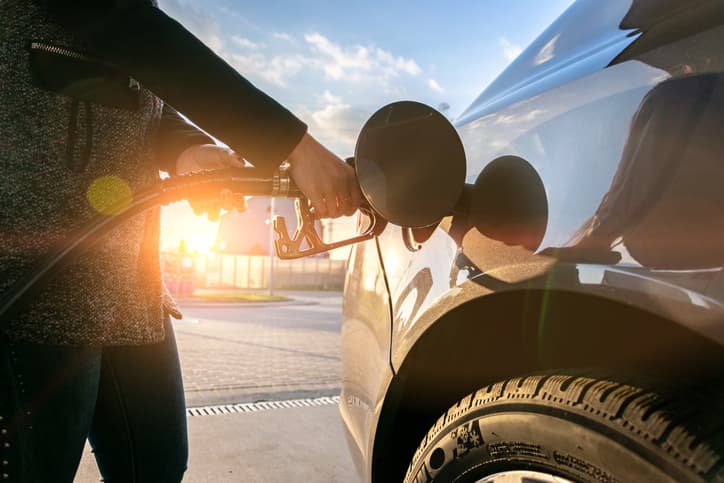 Maximising your fuel efficiency means you get more bang for your buck - and this is exactly how you can do it.

For many of us, putting fuel into our vehicles is unavoidable as we need to get to work, drop the kids off and generally go about our daily business. At Chill we’re constantly looking for ways to help you save, and with the cost of running a car always on the up, we thought that it would be a grand idea to share some tips to help drive down the cost. Here, we will share our top tips for fuel efficiency, so you can get the most out of your car without emptying your wallet. Remember, little savings over the course of a year can add up to a lot.

Why Are Fuel Prices So High?

How Are Petrol Prices Calculated?

We all are guilty of thinking that forecourt retailers are artificially inflating fuel prices at the pumps to make us pay more in already tough economic times. However, if we look at the actual breakdown of how fuel prices are calculated for petrol and diesel, we can see that the retailers only take an 11c per litre margin (estimated) on fuel.

What Causes The Price Hike In Petrol and Diesel?

The cost of fuel is based on a complicated method between oil suppliers and the exchange rate markets. The strength of the dollar against the euro can affect the price we pay at the pump, but it stems further back to the cost per barrel of oil from source.

The prices of petrol and fuel are a result of a variety of factors including crude oil prices, the cost to process and distribute the fuel, demand in the local area or country, the strength of currencies and government taxation. We are all too familiar with the ever-increasing taxation on a litre of fuel in nearly every budget from the Irish government, which inevitably leads to huge queues and panic buying at the pumps before the new hike is introduced.

Crude oil is the most traded commodity in the world, and due to this, trading prices are similar worldwide. The price each country pays at the pumps is determined by the government tax and levies imposed. In some regions such as Europe and Japan, the government imposes higher taxes on fuel, and some, such as Saudi Arabia and Venezuela, have the cost subsidised. On average, Western countries have the highest usage per person. For a small island like Ireland, we have relatively high fuel usage for motor, home and transport. Ireland relies heavily on import and exports, thus increasing the demand on fuel.

The Effect Of Demand

When the US Dollar is weak against other international currencies, this affects fuel costs as exporters demand higher prices to compensate for the money lost in a weakened and devalued currency. At present, we are seeing a strengthened Dollar, which is allowing the cost per barrel of crude oil to stabilise and slowly reduce.

Overall, fuel is a necessity for most of us whether it's to run our cars, vans, motorbikes, heat the house or rely on public transport, so more competitive fuel prices naturally make for happier consumers. If you have an Android, it’s worth downloading the Pumps.ie app for free, which gives you real time updates on the petrol prices near to you and in a set radius. This app is a definite must have for any driver! Plan your refuelling stops carefully to ensure you get the best value, and once you’re all set to drive, follow our top tips to make sure you are driving as economically as possible to make that fuel go a long way.

How To Save Fuel

Are you saving for a rainy day? Or are you cash strapped after a trip to the sun? Well never fear, the team here at Chill have come up with a couple of clever ways for you to save a few euros on your fuel costs. Check out these top tips and let us know how much you save! Remember, little savings over the course of a year can add up to a lot… 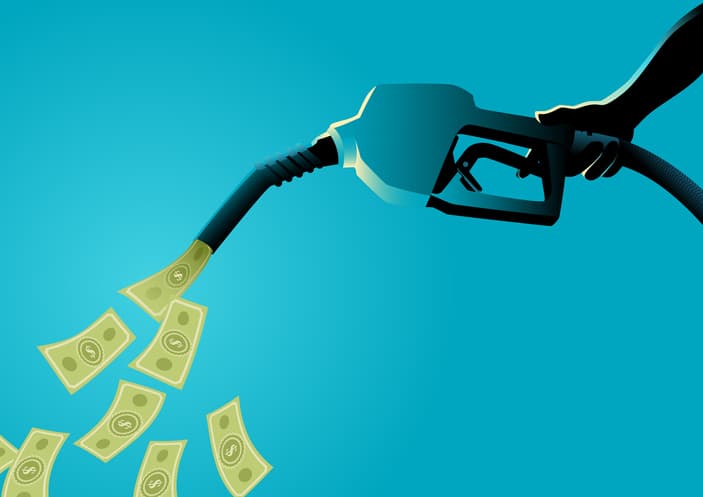 It’s a pretty obvious one really, but you may be surprised at just how much fuel prices can vary from one filling station to the next. Keep an eye on the fuel prices in your local area and on your commute to find the best value.

Try to accelerate and decelerate smoothly, as well as read the road ahead to avoid excessive braking. When you do have to come to a stop, gently release the accelerator in plenty of time, leaving the car in gear.

Contrary to the beliefs of many boy racers, revving your engine doesn’t impress anyone – and it will waste your fuel. Typically, you should shift up a gear at an engine speed of 2,000 rpm in a diesel car or around 2,500 rpm in a petrol car, so as not to labour the engine.

Stick To The Speed Limit

Fuel consumption tends to increase rapidly at speeds of over 80kph and aggressive driving tends to use up lots of fuel. So chill out, cruise at the speed limit and enjoy the ride.

Lose Weight (in the vehicle)

Extra weight means extra fuel consumption, so make sure to empty your boot or back seats of anything that you don’t need. It’s never too late for a spring clean! You should also watch out for under-inflated tyres, worn spark plugs and loose or missing gas caps, as these all reduce the bang you get for your buck.

A common mistake made by drivers is neglecting their tyres. Properly inflated tyres can reduce fuel consumption by up to 3%. It is important to monitor your tyres air level, which can be done at more or less all local petrol stations. It is also important to note that at this time of the year with the temperature quite low, the tyre's air pressure levels can decrease due to thermal contraction.

This is not always possible, but try to avoid rush hour if you can. Being stuck in static traffic can use up a lot of fuel. If you live on a high traffic route, try to investigate if you can come in 30 minutes earlier or 30 minutes later than others. This could help you miss peak traffic time.

Constantly stopping and starting your car can use a lot of fuel, so we’d recommend combining shorter trips into one long trip to keep the engine running for longer, allowing it to heat up properly and use less fuel.

This mightn't be an issue in colder times but during the summer it can be common for us to drive with open windows to keep cool. Open windows can affect the aerodynamics of a car thus affecting fuel consumption.

When you are venturing out somewhere where you are unsure of where you are going, be sure to plan your route and have a good idea of where you are heading. Did you know that it is estimated that 350,000 tonnes of fuel are wasted each year by motorists who don't know where they are going? That's a lot of petrol!

Only Drive When Necessary

When possible, only use your car for necessary journeys. It may sound like a simple idea but it is surprising how many of us rely on our cars even for short journeys. The odd trip down to the local shops can use up valuable fuel so walk where possible or take public transport. If you’re popping down the road to fetch a newspaper or grab a pint of milk, then why not kickstart your get-fit regime and start walking or cycling down to the shops?

If you are facing higher travelling costs and wish to watch the pennies, try eco-driving for a week and see how much fuel you can save. Done correctly, you will find that your mpg increases and you have to re-fuel less often.

Choosing to be more fuel efficient not only helps the environment, it also helps your pocket. Another way you can save money on your car is by shopping around for your car insurance. It is estimated that you could save €180 a year by changing insurers.

At Chill, we like to help our customers as best we can, which includes searching for the right policy to suit their needs. If you have any queries or are interested in getting a quote for your car, you can give us a call on 01 400 3400.