Facts About The Superstitious Date 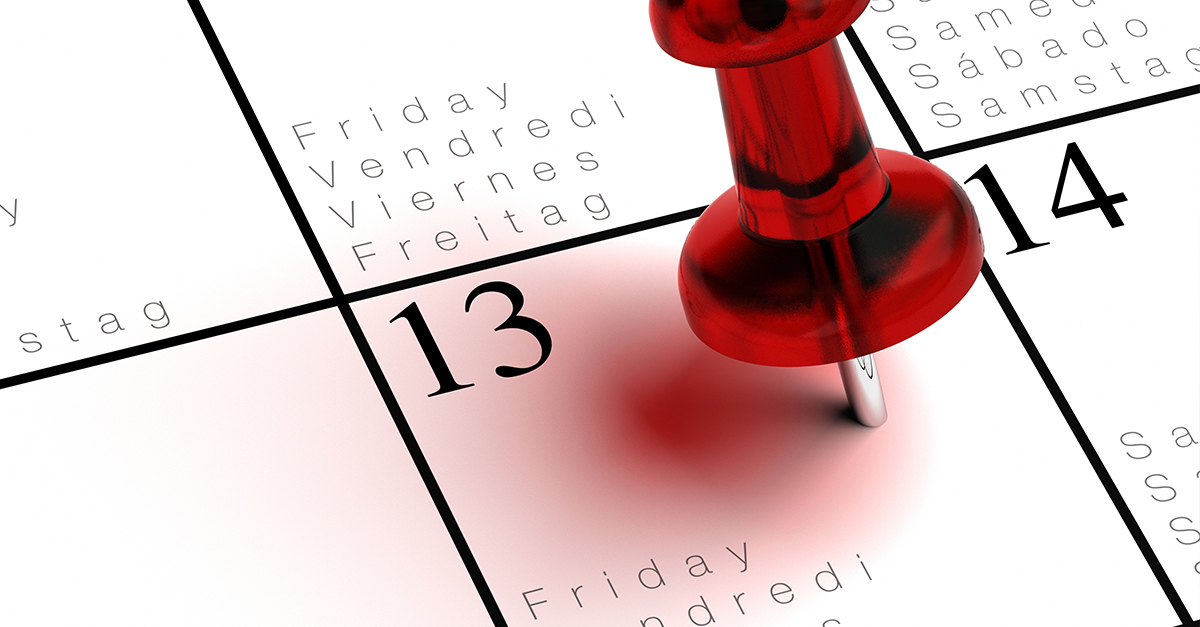 As today is considered to be one of the most superstitious days of the year, we take a look at some interesting facts about Friday the 13th.

It’s Unclear Why It Exists

There is no obvious reason as to why people fear Friday the 13th, but it is believed to date back to Biblical times. The day that Jesus was killed was a Friday and the night before, the last supper had 13 people present.

You May Have A Phobia

Believe it or not, there is an actual named phobia for people who are superstitious on this particular day. The fear for Friday the 13th can be called either friggatriskaidekaphobia or paraskevidekatriaphobia. Frigg refers to the Norse goddess of wisdom, whom Friday was named after and triskaideka means 13. Similarly, paraskevi translates to 'Friday' and dekatria is an alternative way of saying 13.

The phobia for the number 13 is so common that even hotels and hospitals skip the room number 13. Similarly, some airports omit the gate number 13 and even certain airlines skip the 13th row in fear of their passengers associating it with bad luck.

Though this day is generally considered to be an unlucky day, some people actually find luck on Friday the 13th. For example, singer Taylor Swift claims that 13 is her lucky number as she was born on the 13th, she turned 13 on a Friday and her first album went gold in 13 weeks.

Friday the 13th brings good fortune to more than just Taylor Swift. The superstitious day inspired one of the highest grossing film series of all time and in 2017 we are set to see the 13th “Friday the 13th” film which is expected to be one of Paramount Pictures’ scariest yet.

Whether it's due to bad luck or otherwise, unfortunate events such as car accidents do occur. To make sure you are protected from any unfortunate accidents we recommend that you have the necessary cover in place. To find out more about the range of policies we offer, give us a call on 01 4003400 where a member of our team will give you all of the necessary information you need.