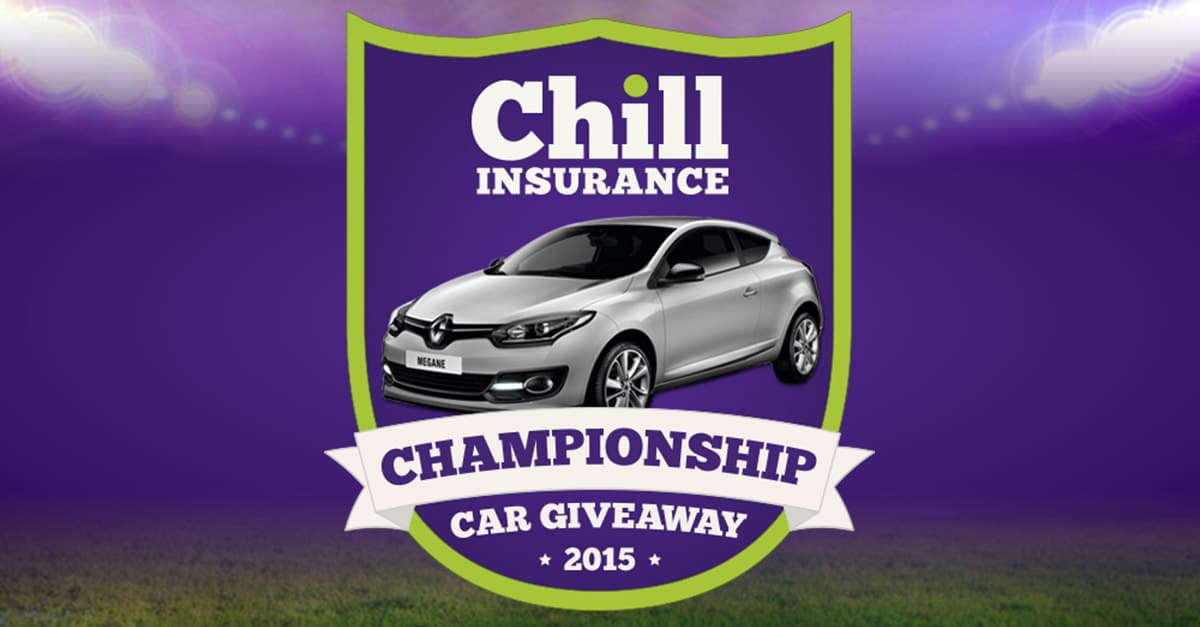 We are delighted to launch the Championship Car Giveaway on Monday 31st August 2015. We are giving away two brand new 152 Renault Meganes over the course of this competition, courtesy of Renault Ireland. This fantastic competition will run right through until Friday 18th September 2015.

The fantastic new DCI 95 Renault Megane Expression has ABS as standard, cruise control and a six speed manual gearbox. This is a competition that is not to be missed.

To be in with a chance of winning one of these cars, you need to get your hands on a Purple Ticket first!! Purple Tickets will be given away on national radio over the next month. A Purple Ticket guarantees you an entry to the final of our Championship Car Giveaway that week.

To find out more check out www.chill.ie/renault now!!

T&C's apply and can be found here.