Win Tickets To One Direction

Want To Attend The Gig Of The Year 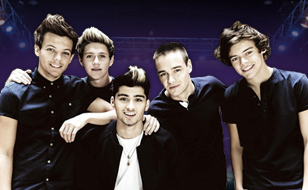 In case you have been living under a rock for the last couple of months you will know that the One Direction juggernaut will be rolling into Dublin to perform in front of the adoring public for three nights. The big question we have is do you want the chance to see Liam, Harry , Zayn, Louis and Ireland's own Niall Horan perform in Croke park on one of these sold out Dublin concerts?

To celebrate the ""Where we are"" tour coming to Ireland we are giving away two pairs of tickets to the gig on the 25th of May*.

"So for your chance to be one of the lucky people to get hands on these tickets all you need to do is a quick quote for either Home, Car, Life or SME insurance before midnight on the 21st of May".

So if you are one of the many directioners out there who is looking for an insurance quote all you need to do is follow the links below to be in with a chance of attending what is sure to be one of the best nights of the year in Croke Park.

Formed in 2010, on that years X-Factor, the band has gone onto smash records around the world. The five piece are primarily known for their record breaking hits What Makes You Beautiful, One Way or Another (Teenage Kicks), Best Song Ever and Story of My Life.

It is not only music charts they have dominated since 2010 as the band also released a 3-D concert film ""This is Us"", directed by Morgan Spurlock, which topped UK Blu-Ray charts for a period during the year. The concert film also surpassed Michael Jackson's ""This Is It"" sales figures within 3 days of sales.

The group was named Top Global artists of 2013 by the IFPI due to strong digital downloads, physical albums, on-demand streams, and music videos.