Well Done to the Dubs 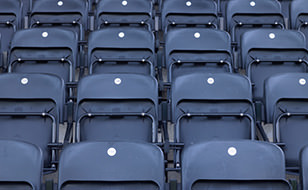 Ireland's capital city is rocking after the Dubs saw off a spirited Mayo side to secure the Sam Maguire trophy for the second time in three years. Having relinquished their title to Donegal last year, Dublin were more determined than ever to bring the silverware back to the capital. Despite a brave fight back from Mayo towards the end, the Dubs' grit and determination shone through as they held on to record a famous win by the narrowest of margins.

The game certainly lived up to its billing as the two sides went hell for leather in another classic All Ireland Final. The Dublin team were inspired to victory by star left corner forward Bernard Brogan whose second goal after 54 minutes swung the tie in Dublin's favour. While the game was ultimately decided by a match winning performance from Brogan, both sides deserve credit for the way they gave their all from the very first whistle to the last. You couldn't take your eyes off it. Although the men in green and red can will return to the west with their heads held high, they will no doubt be bitterly disappointed to have once again come up ever so slightly short of that elusive All Ireland title.

The Boys in Blue will be celebrating with the fans this evening at the homecoming ceremony starting at 6pm. The stage will be set on Merrion Square as it was two years ago and it's sure to be a night to remember. If you are a true blue fan, make sure you get down there to show your support!

The whole team here at Chill Insurance HQ in Sandyford, Dublin 18 would like to congratulate the Dublin footballers on a fantastic achievement to round off a terrific year for Dublin GAA.