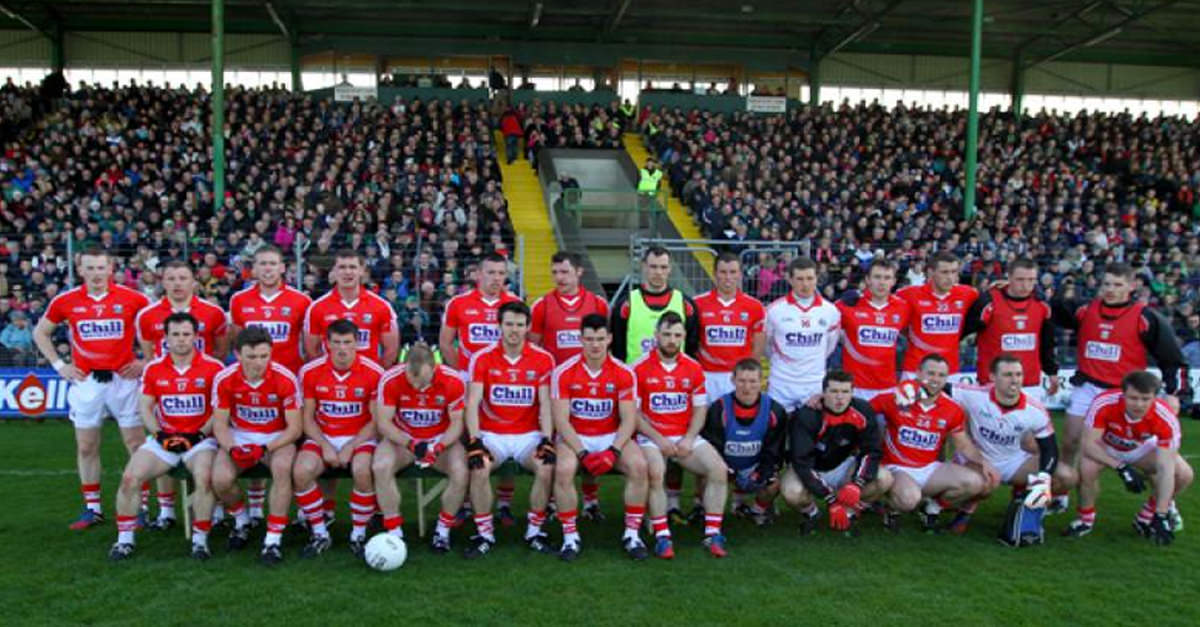 Many teams will have contested their provincial season opening campaigns over the first few weeks of January but now the focus turns to the 2015 league. It seems like only yesterday that we were watching Donegal and Kerry contest the All Ireland Final but that was September and for inter-county player, up and down the country, the quest for league and championship glory begins anew .

Looking back over the 2014 league and championship campaign should be encouraging for all involved in the Cork panel. The team retained their position in division one, reached the league and Munster final and eventually bowed out of the All Ireland at the quarter final stage. Although the team came up short, and failed to capture any titles, it can still be considered a successful season for the panel.

Over the coming weeks the rebel footballers will be playing against teams that many GAA commentators consider the top tier counties in the country which will provide manager Brian Cuthbert with a good understanding of where his team are heading.

The league campaign kicks off on TG4 this weekend with Dublin making the trip down to Páirc Uí Rinn. History is on the side of the home team as Dublin have not recorded a league victory on Leeside since 1990 which is a statistic the Cork team are sure to want to stretch out for another number of years. After this home match the team face four tough away trips with matches against many of the teams who are sure to be in with a shout of lifting Sam Maguire come the third Sunday in September. With league and championship matches against Kerry, the defending 2014 All Ireland champions, as well as the aforementioned Dublin, defending league champions, ahead this year will be testing for this mix of new and experienced players.

Although the priority for every team in this division is to retain their position in division one, it can be assumed that Cuthbert and his charges would like to go one stage further than last year and capture the league title. The team for this weekends match has been announced with 11 of the team who narrowly lost out to Mayo featuring. Building strength in depth, while remaining under the radar, is key for teams who want to challenge for titles and that is what Cork have focused on. Cork, like every panel taking the field over the coming weeks, have some key players but as legendary NBA star Kareem Abdul-Jabbar says "one man can be a crucial ingredient on a team, but one man cannot make a team". Key players like Brian Hurley, Colm O’Neill, Colm O’Driscoll, Eoin Cadogan, Donncha O’Connor and Ian Maguire are sure to lead by example over the coming weeks.

Everyone here at Chill Insurance is looking forward to what is sure to be an exciting GAA season ahead. If you are a Cork Fan make sure you keep an eye on the Chill Insurance blog, Twitter and Facebook pages over the coming months for fantastic giveaways and chances to enter some exclusive competitions.