The Season So Far 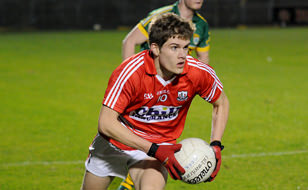 Back in March we announced that we'd be teaming up with the mighty Cork GAA in a ground-breaking, three year sponsorship deal. You may be used to seeing us on the TV, in the papers or online, but this move was the first time we have ventured into sport sponsorship.

The last couple of months at Páirc Uí Chaoimh have been nothing short of remarkable and we're all really excited about what we can achieve over the coming years. There have been so many highlights in such a small period of time including a nail-biting victory against Down in the Football, inflicting Tyrone's first defeat of the season and the U21s reaching the All-Ireland Under-21 Football final. Although, the Hurlers suffered a disappointing relegation, we're sure the future looks rosey for everyone connected with the county.

Following hot on the heels of the sponsorship announcement, we recently unveiled plans to open an office in the rebel county. This is our first move outside of Dublin as we look to continue our rapid expansion which has seen us treble in size over the last couple of years.

From everyone here at Chill Insurance we'd like to wish all the Cork GAA Football and Hurling teams, from the minors all the way to the seniors the very best of luck for the remainder of this season.

Also, we'll be giving away lots of Cork GAA goodies over the coming months. If you'd like to be in with a chance of getting your hands on a jersey or match tickets, make sure that you're following us over on Facebook, Google+ and Twitter.