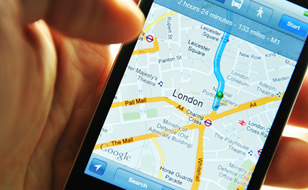 Whether you are heading abroad on a business trip or a holiday, most of us never go anywhere without our mobile phone, laptop or tablet device. With this huge increase in working remotely or the need to check our Facebook or Twitter wherever we are, telecommunications companies have been forced to slash their roaming charges by order of a bill passed in the European Parliament in May this year to take affect from July 1st.

Where this is good news for most of us, it pays to still be aware of roaming charges for each network and keep an eye out for offers that give you a certain amount of data download for a fixed fee.

Under the new legislation, Irish mobile users will avail of drastically reduced roaming charges, bringing them down from around €5 per MGB to as little as €0.85c after VAT. By the summer of 2013, the price will fall again to 0.45c per MGB of data used, followed by 0.20c by 2014.

These new lower rates will also apply to text messages and calls, meaning that the cost of texting whilst abroad will fall to just 9c from 11c per text and calls will be capped at a maximum of 0.29c per minute to make and 9c per minute to receive.

It is important to note however that these new rates only apply to EU travel, so consumers will still incur higher charges when travelling further afield outside of the EU.

*based on bill pay customers and roaming in Spain (EU) and USA (non-EU).

Mobile operators roaming charges from EU countries (example based on a trip to Spain) with a bill pay phone.

Mobile operators roaming charges from non-EU countries (example based on a trip the USA) with a bill pay phone.