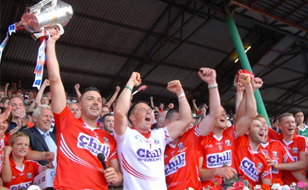 Here in Chill we like to think that we provide Insurance without the drama but after a fantastic performance by Jimmy Barry and his charges we might want to re-evaluate that idea. Both teams put on a great performance that made it hard for you to not want the game to go to another round but in the end it was Cork’s superior hunger and desire, for a first Munster hurling title since 2006, which eventually got them over the line.