Cork Footballers Begin Their Quest To Win The Sam Maguire 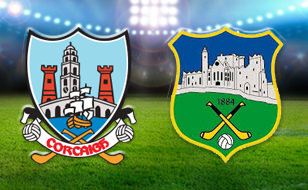 After a fantastic couple of weeks for the Cork hurlers it is time for the county’s footballers to step into the spotlight as they begin their quest to be one of the two teams playing in Croke Park on the third Sunday in September. Following a great league campaign, which saw the team qualify for the division one final,Brian Cuthbert's team take on Tipperary in Páirc Uí Chaoimh in the Munster championship football semi-finals this coming weekend.

The footballers were seeded in this year’s championship so this match will be Cuthbert's first championship outing as Cork manager and, if what we have seen in the league suggests anything, his team could be considered slight dark horse for this year’s title. Cuthbert has gone on record as saying that, although his team have show some flashes of stylish play during the league, he would like the players to add some additional steel to their performances for the forthcoming campaign.

Tipperary should present a tough test for the Cork team thanks to the combination of an earlier run out in the championship and their recent under age success most notably their All Ireland minor final victory over Dublin. Their quarter final victory over Limerick was their first since 2003 and their intention to attack was evident from the off. This team has already tasted league success, promoted to division three and winners of the division four title, so confidence should be high throughout "the premier county".

Cork will need to be at their best to beat a team who had nine different scores in their last run out including all three of the half back line. Half forward Philip Austin and half back Peter Acheson were the star performers during the match with both contributing to the Tipperary victory.

The Cork team announced for the match shows just one championship debutante, corner back Noel Galvin, and some notable returnees including John Hayes who is lining out for Cork for the first time since 2011. This team is ladened with match winners, particularly the full forward line, as well as experienced heads in other key positions for what is sure to be a great match.

Captain Michael Shields and full forwards Daniel Goulding and Brian Hurley are just three of the seven first team players from last year quarter final team who start this year’s match. Cuthbert can also call on Aidan Walsh, Damien Cahalane and Eoin Cadogan, the panel’s dual stars, who have made the bench for "the rebel county" this weekend.

Everyone here at Chill Insurance are looking forward to the beginning of Cork's pursuit of an 8th Sam Maguire title in what is already shaping up to be a great Munster campaign for both the footballers and the hurlers. We will all be tuning into watch this Saturday night at 7 PM and are excited for what should be a great encounter between two teams who are hungry for Munster glory.

Make sure you get behind the rebels by showing your support using #CorkGAA14 and #RebelsAbú across the various social media channels.