Cheering On The Cork Hurlers This Weekend 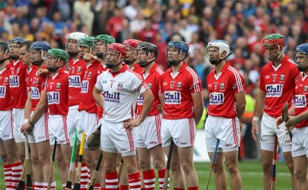 Sunday marks the beginning of Cork's 2014 Munster and All Ireland hurling championship campaign when the team travel to Thurles to take on Waterford. The countdown from September 28th 2013 is well and truly over as Jimmy Barry Murphy and his team are back on the hunt again for the Liam McCarthy cup.

After the dramatic highs of last years championship, which took in a titanic All Ireland final replay with Clare, confidence should be beginning to build after a successful league campaign. Although the team finished top of the table and secured promotion back to division 1 A, they were just pipped at the quarter final stages of the league in a thrilling clash with eventual finalists Tipperary.

All eyes will be back on Cork due to their exploits last year but with the majority of last years panel back, as well as the returning Paudie O'Sullivan, this year could live up to last year. Manager Jimmy Barry Murphy has suggested that this year’s panel is the strongest he has had since taking over. He has also gone out of his way to encourage the team to put the nature of last years All Ireland defeat behind them and to focus on this year’s campaign.

With family and friends of both the seniors and intermediate teams set to descend on Thurles it is bound to be an exciting curtain raiser to this year’s championship.

All here at Chill Insurance will be glued to the screens, radios and social media between 2 PM and 6 PM on Sunday to cheer on the Rebels. Don't forget to share your support for the team using #rebelsabu and #CorkGAA14 across all your social channels.