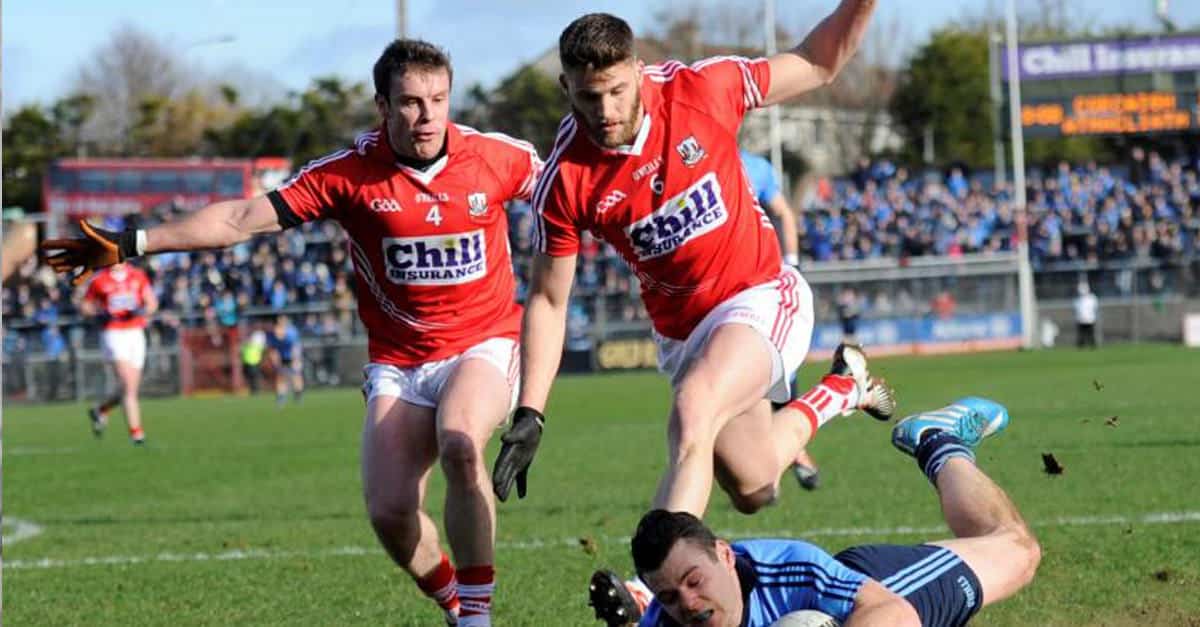 We’ve barely had a chance to catch our breath after last weekend’s epic semi final encounter between Cork and Dublin in the division one semi final of the Allianz hurling league and it’s already time to get psyched up as the two teams get ready to clash once again. This time around the senior footballers from the two counties meet in division one of the Allianz football league with the opportunity to lift the Irish National Insurance Cup at stake.

The two teams last met in the final back in 2011 with Cork edging the match by a point in a titanic encounter at headquarters. Flash forward to 2015 and Cork face the prospect of facing the reigning division one champions as Dublin push on for three in a row. This is a feat that Cork themselves fell just short of in recent league campaigns.

Both teams come into the final on the back of good performances in the league with Brian Cuthbert sure to be the happier of the two managers thanks in part to how his team has performed in his second season in charge. Both teams actually played each other in the semi final stage of the league last season with Cork coming up short despite dominating the entire first half so the two teams have a history over the last couple of seasons.

This Sunday is an opportunity for the Cork footballers to build on the successful 2015 season so far. A campaign that has seen their underage teams make the final of the Munster under 21 championship and the minors progress to the semi finals of the Munster Championship.

Each team come into the match with contradicting styles but the one common trait both possesses is their defensive strength which each have used to launch their counter attacks to great results. Dublin conceded an average of 0-13 during the entire league campaign compared to Cork’s 1-14 meanwhile the rebels forward’s averaged 2-15 versus Dublin’s tally of, on average, 1-14. All this adds up to a match that certainly has the possibility of providing entertainment for both sets of supporters.

There is an old saying in football that goals win matches and with Cork’s capacity to inflict the killer blow this season working to the nth degree there is always the possibility that we will see some green flags raised for the rebels. Cork come into this match having scored 14 goals with their standout forwards being Brian Hurley and Colm O’Neill who have scored 7-45 between them in eight matches. The modern game has given rise to the need for teams to be able to close out games and capitalise on scoring opportunities whenever they present themselves. The new counter attacking style introduced this year by Cork means that their half-backs and midfielders are as likely to end up on the score board as any of the forwards.

Come six o'clock on Sunday evening we will know which team comes out on top in this battle of footballing royalty. If you can’t make it to Croke Park don’t worry because the match will be broadcast on TG4 along with the division two final. Everyone here at Chill Insurance will be eagerly tuning into the match and cheering on the rebels in their pursuit of the first major title of the season.