Booked Your Tickets Yet? 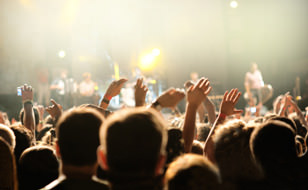 With the summer months fast approaching, we thought that we'd take a look at some of the hottest music festivals around. If you've not decided on which festival you and your friends will be heading to, here's our pick of the best in Europe:

Glastonbury, UK: 26-30 June 2013
The Glastonbury Festival really is the granddad of music festivals having first opened its doors to the public back in 1970. It's nothing short of an institution! 150,000 revellers brave the rain, cold and mud to descend on Somerset and see some of the world's biggest bands, as well as comedy, theatre and cabaret. The legendary Rolling Stones, Arctic Monkeys and Mumford & Sons top the bill this summer.
Open'er Festival, Poland: 3-6 July 2013
Located on the Polish coast in Gdynia, this festival has gone from strength to strength since it opened in 2002. We're expecting big things from the headline acts which include Blur, Kings of Leon and Queens of the Stone Age. Be warned; the last act is normally on at 2am, so if you like your sleep, make sure your tent is not too close to the music.
Rock Werchter, Belgium: 4-7 July 2013
Over the last few years Rock Werchter has really cemented it's place amongst the world's best music festivals. In fact, it was voted best festival in the world at the International Live Music Conference in 2003, 2005, 2006 and 2007. With an awesome line-up including American rockers Green Day, rapper Dizzee Rascal and Bloc Party, we're expecting this year's festival to be bigger and better than ever before.
Festival Internacional de Benicassim, Spain: 18-21 July 2013
FIB or just Benicassim as it's affectionately known is the huge festival located in the sleepy Spanish seaside town. Hitting the main stage this year will be Arctic Monkeys, the Killers and Queens of the Stone Age. With sun, sand and superb bands FIB really does deserve its reputation as one of Europe's most exciting festivals.
Lowlands Festival, Netherlands: 16-18 August 2013
Every year 55,000 people flock to Biddinghuizen to see over 200 pop, rock and electro acts across 10 stages. Franz Ferdinand, Bullet for My Valentine and the Editors are the main headliners at this year's Lowlands Festival. As well as top notch bands there's cinemas, theatre and comedy to keep everyone entertained.

Before you jet off, make sure that you have the right level of cover. Check out the travel insurance section on our website for more information or hit Get a Quote now. 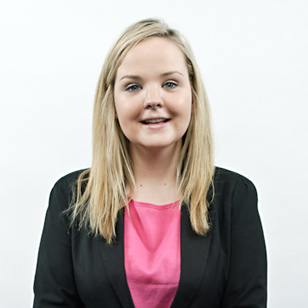