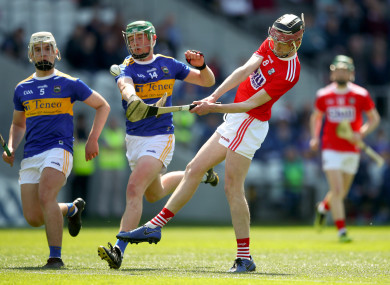 After a successful season of hurling, Cork are now preparing for the GAA All-Ireland U20 Hurling Championship Final which is due to take place on Saturday, 24th August. Cork’s U20 team will face Tipperary at the LIT Gaelic Grounds.

Cork have worked really hard this year and had a great game in the All-Ireland Semi-Final against Kilkenny. Denis Ring’s team won by a three point margin against the Cats.

Cork will face a strong Tipperary side at the U20 Hurling Final this Saturday. Cork had previously played against Tipperary at the Munster U20 Hurling Championship Final. That game saw Cork lose to Tipperary with a final score of 3-15 – 2-17.

After the Munster Final, Tipperary went on to play Wexford in the All-Ireland Semi Final and finished the game with an astonishing 25 point lead over Wexford.

Cork have an impressive team this year and it goes without saying that this is going to be one exciting final at the LIT Gaelic Grounds.

Tickets are still available from the Cork GAA website. Tickets for adults are €20 and €15 for students/OAPs. There is no charge for juveniles. Tickets can also be sourced via participating Centra and Supervalu Outlets.

If you can’t make it down to the LIT Gaelic Grounds, TG4 will broadcast the game live with coverage starting from 5.35pm. Throw-in is 6.00pm. Local Cork stations C103 will provide live coverage with regular updates also from 96FM, Red FM and Radio na Gaeltachta.

2019 has also been a fantastic year for Cork football and an exciting All-Ireland Minor final is scheduled for Sunday, 1st September. Cork will be taking on their old rivals Galway in Croke Park.

As sponsor of Cork GAA, we are delighted with the success of Cork GAA this season and will be cheering on the lads as they take on Tipperary this Saturday. Keep track of all the action on social media with the hashtags #rebelsabu and #CorkGAA.