We Preview The 2014 Munster Football Final 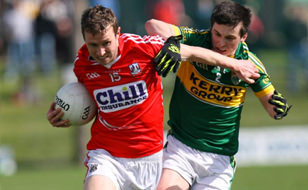 Following a battling victory over a gallant Tipperary two weeks ago, the Cork footballers face a Munster final clash with rivals Kerry in this seasons first provincial football decider on Sunday June 6th. This weekends double header, both counties minor teams are in the curtain raiser before hand, is the final football game in Páirc Uí Chaoimh before the redevelopment works begin.

Both teams come into the match on the back of nervous performances in the semi finals, Cork run close by Tipperary and Kerry by Clare, for what is sure to be an intriguing clash of two of the potential outsiders for Sam Maguire. The fact that both teams did not have a competitive game since April was evident in their stuttering performances but take nothing away from Clare and Tipperary whose performances surely deserved more in the end.

Victory for either team gives them the opportunity to avoid qualifiers and affords them a couple of extra weeks to get their season on track. The men from the kingdom holds a slight advantage over the rebels in the Munster championship since 2010 with Kerry having won three, Cork one and one draw in their last five meetings.

Cork manager Brian Cuthbert can surely take heart from the league campaign up to the final against Dublin. With division one status assured thanks to victories over the likes of Tyrone, Dublin and Kildare the league season can be considered a success. Kerry, also in division one, only managed three victories but managed to retain their status for another season. Cuthbert has called upon the dual players he choose not to start in the last game in part thanks to the match winning impact of Aidan Walsh, Eoin Cadogan and Damien Cahalane

Éamonn Fitzmaurice makes four changes from the game against Clare and seven changes overall from the side that beat Cork in the last years Munster final. Most notable absentees from this year match day team include Paul Galvin, Colm Cooper and Tomás Ó Se through a combination of retirement and injury. Although Kerry are seen to be a panel going through a rebuilding process their championship pedigree, and history, can't be ignored.

Everyone here at Chill Insurance is looking forward to what is sure to be a great game between two teams who could be considered among the favourites for this year’s title. Make sure you get behind the rebels by using #rebelsabu and #corkgaa14 on Twitter, Facebook and Instagram this Sunday.