Statistics on the impact on Ireland 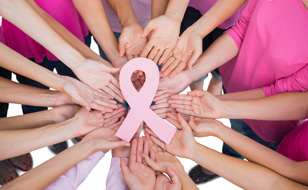 We all know someone who has been affected by breast cancer either directly or indirectly at some stage in their lives. This October marks international Breast Cancer Awareness month in many countries around the World including Ireland, USA, China and the UK. According to the World Health Organisation (WHO) there are a reported 1.38 million new cases and 458 000 deaths from breast cancer each year.

This form of cancer has the unwanted title of being one of the most common forms of cancer in Ireland followed closely by skin and prostrate cancer. In every country holding a Breast Cancer Awareness month the campaign is build on three similar pillars and those are:

Those At Risk From Cancer

The statistics related to breast cancer and their impact on society paint a picture of a cancer that has no prejudice when choosing those who contract it.

Based on evidence gathered during research over the last number of years it could be proposed that those that are diagnosed with breast cancer don’t have any common traits and that it can affect anyone at any time.

Although this is true there are certain characteristic, identified by the Irish Cancer Society, among those that are diagnosed that you could use to build a profile of those most at risk from developing this form of cancer.

What You Can Do

If you have a family history of breast cancer you should speak to a medical professional for advice about what you can do to reduce the risks of your developing this form of cancer.

Sites such as www.standup2cancer.org/, www.cancer.ie, www.breastcancercare.org.uk, www.standuptocancer.org.uk/ and www.komen.org/ also offer great resources. Although not always possible to stick to, if you are able to do any of the following you can greatly decrease the chances of developing breast cancer.

Plan Ahead With Life Insurance

Investing in some form of life insurance cover at an early age means that if you were to be diagnosed with cancer or other specified illnesses you and your loved ones would have some financial support based on the type of cover you choose.

If you do require time off work for testing, treatment and recovery, having serious illness for example may give you financial support and can be very worthwhile.

Each insurer can differ in what they offer, as well as what conditions they can cover, so make sure you check with them on the specifics of your cover before committing to a policy.

Speak to one of our team about the different type of cover available to you including serious illness and specified illness cover by calling us on 01 4003434 or 1890 30 20 20.

Visit www.cancer.ie for more information about the various activities taking place throughout October to help raise awareness and funds for research and development of breast cancer services.

Hi, I’m Lucy and I head up the online life sales team, the SME team and the van insurance team. Get in touch if you’d like me or one of the team to search the market for you.