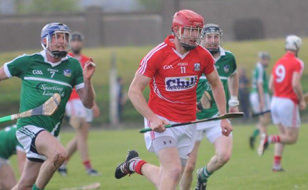 The curtains are about to come down on Páirc Uí Chaoimh but before the redevelopment work begins in earnest we have the small, but tantalising, matter of a Cork vs. Limerick Munster hurling final. This is the second year in a row that the two teams will be meeting in the Munster decider, Limerick having won last years decider, and the winners can be guaranteed to be placed among the favourites to claim Liam McCarthy this year.

Anticipation has been growing to a fever pitch throughout both counties over the last couple of weeks to such a point that the Munster council announced that the capacity of Páirc Uí Chaoimh has been increased to 36,646 to accommodate the demand.

Cork started this year’s champion’s campaign as they ended last year’s one, in high drama. They required a replay to get past a tough Waterford team and followed this up with a closely contested 5 point victory over Clare. Limerick overcame Tipperary in their semi-final but it has been a month since their last competitive fixtures so there could be an element of lacking match fitness.

The rebels can draw inspiration from 1975 and 1976 as this was the last time when both teams met in consecutive Munster hurling finals. Cork came out on top in both matches but should take nothing for granted when it comes to this tough Limerick team.

Last years "All-Ireland" semi finals featured 3 teams from Munster and Limerick can count themselves unlucky that they were not able to squeeze past, eventual all Ireland champions, Clare in their 2013 Croke Park encounter.

The 2014 Limerick team have become refined and resolute unit TJ Ryan’s tutelage. The spine of this Limerick team is the envy of many counties left in this year’s championship with a full back line in Tom Condon, Richie McCarthy and Seamus Hickey that are as tough to break down as any left in the competition. They have a goal keeper, Nicky Quaid, who is developing into one of the outstanding players in his position. Add in players like Wayne McNamara, James Ryan, Paul Browne, James Ryan and Kevin Downes and this team is one who poses a tough proposition for Jimmy Barry and his charges to break down.

Jimmy Barry has chosen to stick with the same team that was victorious in the last outing with dual players like Damien Cahalane and Aidan Walsh hoping to bounce back from the Munster football final defeat to Kerry. Mark Ellis recovers from injury to take his place in defence but there is still no room for returning forward Paudie O’Sullivan in the starting line up.

Cork’s midfield of Walsh and James "Jim Bob" Ryan complement each other well with both possessing similar work ethics and dominating presences in the middle of the park. Up front Cork are brimming with confidence and no little skill. Players like Alan Cadogan, Pa Cronin, Patrick Horgan and Conor Lehane are potential match winners on their day.

When it comes to match winners they can also look to Anthony Nash to be an important element in their challenge to claim a first Munster hurling title since 2006. Although Pa Cronin took over penalty duties for the last match chances are that Nash could be called upon to perform heroics at both ends of the pitch at different stages during the match.

Everyone here at Chill Insurance are looking forward to this weekends encounter as it is set to be a fitting final chapter to the current Páirc Uí Chaoimh and it’s legacy of entertaining championship matches. Make sure you get behind Jimmy Barry Murphy and the whole panel on Sunday by using #CorkGAA14 and #onecountyoneteam across Twitter, Facebook and Instagram.